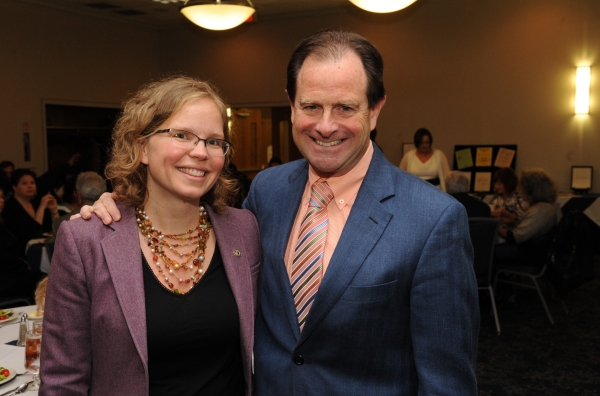 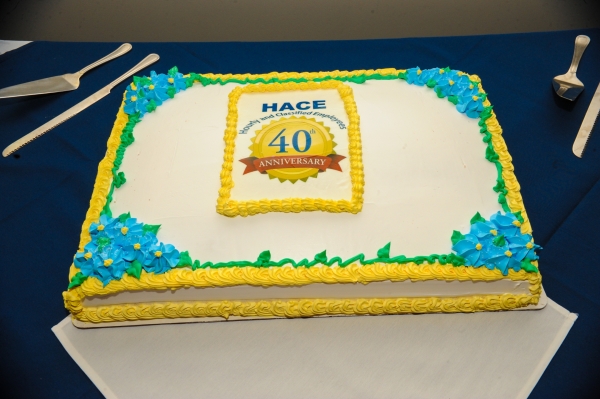 HACE is celebrating its 40th anniversary

A keynote address, at the event that attracted about 100 University employees, was provided by the Secretary of the Commonwealth Kelly Thomasson.

"It's neat that you are able to celebrate the 40th anniversary in the same year we've celebrated the University's 85th anniversary," said President John R. Broderick, in opening remarks. "That you help make life at the University better for your colleagues speaks so well of HACE."

Thomasson has served as Secretary of the Commonwealth since January, 2014. Her office assists the governor in appointments of nearly 4,000 individuals to serve on Virginia's boards and commissions. The office also assists in managing extraditions, clemency petitions, restoration of voting rights, service of process, authenticating foreign adoption documents, certifying notary publics, handling lobbyist registration, disclosures and conflict of interest filings.

Thomasson described herself - tongue in cheek - as the "least understood secretary in the governor's cabinet."

In her address, she noted that she oversees a staff of 30 - many of whom are hourly employees.

"HACE understands the value of working as a team," she said. "Working together is what is going to make the change you want to be part of."

Thomasson also said no employee function should be discounted because everyone contributes to the big picture.

"Each piece of the puzzle makes ODU what it is today," she said. "You're making it a great place to work."

Following the address, two HACE members were recognized with awards. The HACE Award went to Richard Cox, of the Department of Ocean, Earth and Atmospheric Sciences; and the HACE Rookie Award went to Gregory Wooldridge, of Emergency Management and Fire Safety.

To learn more about the association, visit the HACE website.