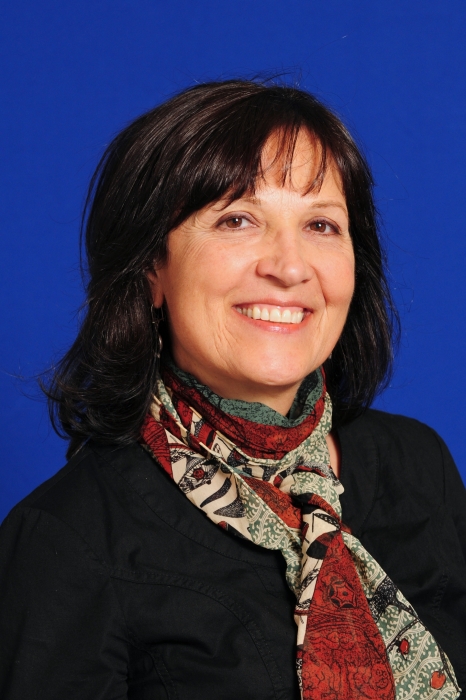 Farideh Dayanim Goldin, the director of Old Dominion University's Institute for Jewish Studies and Interfaith Understanding since 2010, will retire at the end of December.

Goldin, a senior lecturer in English who has taught courses on Jewish writers, will be succeeded by Amy Milligan, an assistant professor of women's studies who holds the Batten Endowed Professorship in Jewish Studies.

The institute, founded in 2002, has a twofold mission: to expand Jewish studies and to strengthen community outreach. In her time as director, Goldin built a curriculum ranging from film to the Holocaust by making connections across the university.

She has also reached beyond campus.

"We have brought people from abroad; we have brought writers from Israel," Goldin said. Guest speakers and performers include the Afro-Semitic Experience in 2013, which played a blend of African, African-American, gospel and Jewish music, and Michael Brenner, Distinguished Historian in Residence at American University, who spoke in 2015 and 2016.

Goldin also pointed to a 2015 display on the Berlin Jewish Hospital, which hid and saved Jews during World War II. The display was accompanied by a panel discussion, "Ethics of Healthcare During War and Trauma," which also covered the medical treatment of Muslim patients by Americans in Iraq.

She has written two books - "Wedding Song: Memoirs of an Iranian Jewish Woman," about her childhood in Iran, and "Leaving Iran: Between Migration and Exile," about her family's departure from the country, her relationship with her father, and her adjustment to life in the United States.

Frederick Lubich, a professor of foreign languages and literatures, will serve as interim director of the institute during the spring semester. Milligan will take over as director in the fall.

"It's a dream job for me," said Milligan, who joined Old Dominion in August. "I've built my career with one foot in women's studies and one foot in Jewish studies. I'm really excited to get myself out in the community and build connections."

Milligan said she hopes to further expand the number of courses on the Holocaust and develop an oral history archive collecting the reminiscences of local Jewish residents.

Her research includes how Jewish women communicate their identities (for instance, by wearing yarmulkes, or head coverings, and tallit, or prayer shawls) and the changing perception of "looking Jewish." She will teach a course titled "Gender, Fashion and the Body" in the spring.

Milligan is among 20 professors selected to participate in a weeklong conference next month on gender and sexuality at the U.S. Holocaust Memorial Museum in Washington.

Dana Heller, the interim dean of the College of Arts and Letters, said, "The college will sorely miss Farideh Goldin's leadership, which has so greatly benefited the Institute for Jewish Studies & Interfaith Understanding. At the same time, I am thrilled to welcome Farideh's successor, our new colleague, Dr. Amy Milligan, who will continue our work on campus and our essential community outreach."