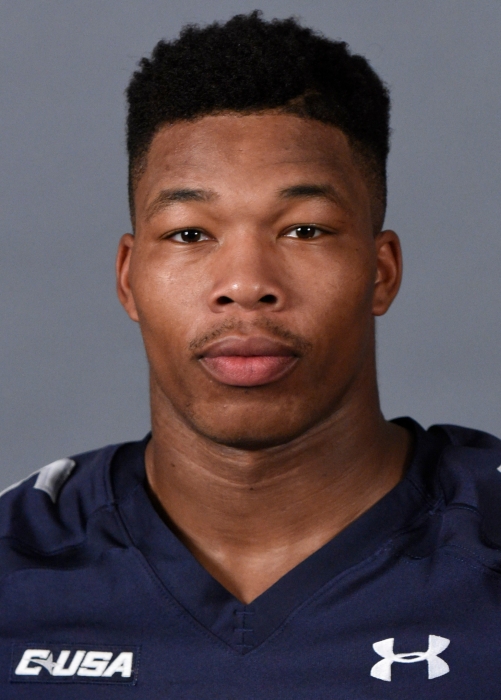 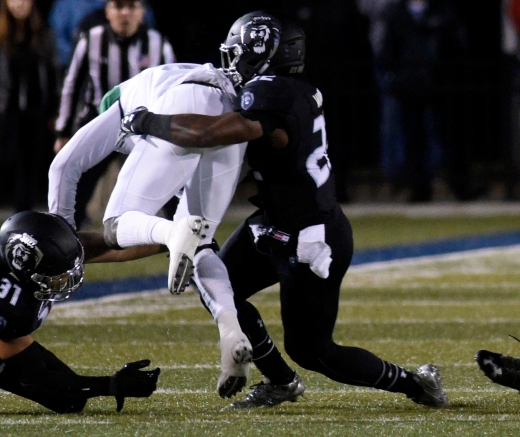 Wilson is second on the team with 90 tackles this season

Wilson, a graduate student who earned his degree in sport management last spring, is a first-year starter who transferred from Marshall University, Old Dominion's Conference USA rival, for the second semester of his freshman year.

Wilson arrived as a walk-on, without a scholarship or the promise of playing time. And he made only 52 tackles, mostly on special teams, his first three seasons.

But in what has become a big finish, Wilson, who received a scholarship from head coach Bobby Wilder in the summer of 2015, is second on the team with 90 tackles as the Monarchs prepare for their first postseason bowl appearance.

Old Dominion (9-3) will face Eastern Michigan (7-5) in the Popeyes Bahamas Bowl on Friday, Dec. 23 at 1 p.m. The game will be broadcast coast-to-coast on ESPN. The Monarchs, who have played football only since 2009, received their historic bowl bid in just their second season of full bowl eligibility.

Wilson, 6-foot-1 and 220 pounds, will be very much in the defensive mix when Eastern Michigan's Eagles have the ball in the Bahamas.

"It feels good," said Wilson, who attended Hayfield Secondary School in Alexandria, Virginia. "It feels like I've really accomplished something, being a leader on this defense, because I was a special teams guy before."

Wilson briefly was part of Marshall's Thundering Herd, also as a walk-on. But wishing to attend college nearer his family, Wilson reached out to Old Dominion, which recruited him in high school, after one semester in West Virginia.

Thus began the long road of athletic and academic development on which Wilson has persevered and thrived.

"Anthony has given me everything I thought he would this year and then some," said Rich Nagy, Old Dominion's defensive coordinator and linebackers coach. "He has really grown since he's been here. He's always worked as hard as any kid I've been around, so it's really been fun to watch everything sort of click into place for him this year."

Wilson has even played his way onto the radar of NFL scouts, Nagy said, which seems a natural next step for him. Wilson, who grew up with two brothers and two male cousins, said: "Football was all we did. My little brother, Tez, plays at Rhode Island right now. I think he's going to be better than me."

Through dedication to weight training and sharp football instincts, Wilson is proud to have helped drive the Monarchs to new heights and to entertain professional dreams. If the NFL isn't to be, however, Wilson plans to tackle another area of football and train to be a player agent.

"I don't see myself working anywhere outside of football," Wilson said. "This is my calling."