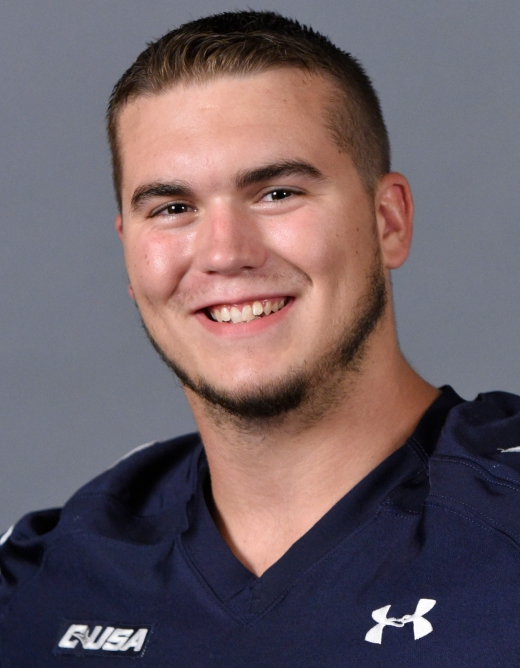 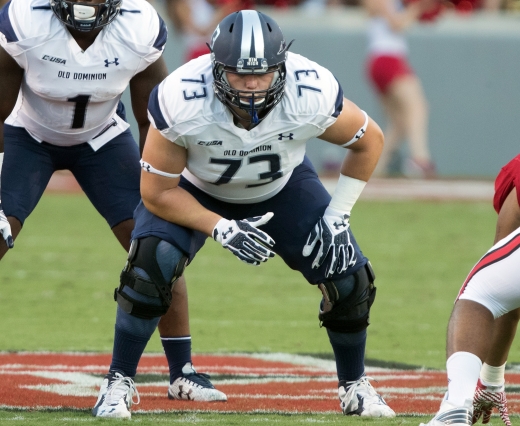 Chad Hendricks would have liked to be the first Old Dominion University football player to graduate from the school's prestigious Army ROTC program. But former Monarch defensive end Chad King beat him to that laurel a few years ago.

"There definitely hasn't been an offensive lineman to do it, though," Hendricks said, "so I guess it's still kind of groundbreaking for a big guy like me."

This trendsetting fact is true: Hendricks, who stands 6-foot-6 and 293 pounds, can lay claim to being the starting left tackle on the University's first team to play in a postseason bowl game.

The Monarchs (9-3) and Eastern Michigan Eagles (7-5) will meet in the Popeyes Bahamas Bowl on Friday, Dec. 23 at 1 p.m., to be telecast on ESPN. Old Dominion, which began football in 2009, earned its historic bowl bid in just its second season of full bowl eligibility.

Hendricks has pushed the Monarchs toward football glory while also preparing with some 200 other students to earn his commission as a second lieutenant in the United States Army.

Old Dominion boasts a long, proud connection to U.S. armed forces. More than a quarter of University students have military ties. Old Dominion's ROTC programs are among the most highly regarded in the country for culture and support. And the University consistently is included in the Military Times' "Best for Vets" ratings.

The University is also quickly establishing a football tradition. Hendricks is proud to represent both the Army, and head coach Bobby Wilder's "army" on the Monarch football team.

"I love the idea of going to the Bahamas to play football, leaving America to go do the most American thing possible," said Hendricks, a redshirt sophomore from Blackstone, Virginia. "But I have two more seasons left. So I think it means more to our seniors. I remember how heartbreaking it was last year to see those seniors not go to a bowl game."

Hendricks, a former walk-on from Nottoway High School, has helped mend that wound by recovering from a knee injury to man the critical "blind side" blocking position, protecting the back of quarterback David Washington.

The Monarchs' offense ranked second in Conference USA this season in rushing (196.1 yards per game) and fourth in scoring (36 points per game).

Hendricks said joining the military has been a life-long goal. Family members who preceded him in military service whet his appetite, he said. "I dove right in to ROTC in high school," said Hendricks, his company's commander as a senior at Nottoway.

He eagerly signed up for ROTC at Old Dominion. But after a year, Hendricks admits weighing the rigors and sacrifices demanded of football and officer training.

At that point, Hendricks still hadn't earned a football scholarship; that was awarded by Wilder last summer. And Hendricks said he and his single mother, Elizabeth, faced financial pressures.

But a subsequent ROTC stipend for room and board enabled Hendricks, who is majoring in maritime and supply chain management in the University's Strome College of Business, to continue to wear both his football helmet and camo patrol cap.

"I'm not a quitter," Hendricks said. "I'm going to do my best to fight hard and accomplish both of my goals."