On 40th Anniversary, Reflections on the Pivotal Role Women's Center has Played at ODU 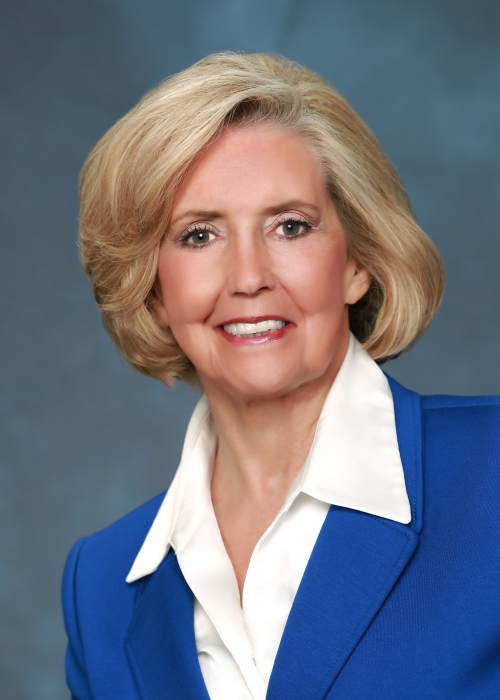 Forty years ago, Old Dominion University was the first university in Virginia and one of the first in the country to establish a stand-alone women's center.

Over the past four decades, the center has played a pivotal role at Old Dominion, offering educational programming, bringing speakers to campus and acting as a vital resource for students, staff and faculty.

The Women's Center will celebrate its 40th anniversary with a keynote speech from Lilly Ledbetter, who founded the "equal pay for equal work" movement.

La Wanza Lett-Brewington, the director of the Women's Center, said the anniversary celebration wouldn't be possible without the work of pioneering female administrators such as founding director Carole Stoltz and Donna Connor, the first counselor at the center.

"This is a wonderful opportunity to celebrate the work and wisdom of founding mothers like Pat Hyer, Carole Stoltz, Julie White, Julie Dodd and many others," she said. "These women knew the importance of having a space for women to come together to overcome gender discrimination, build leadership skills and to seek support and advocacy."

"For four decades, the Old Dominion University Women's Center has been a trailblazer on campus to promote gender equality. The center continually provides highly relevant programming for women and all ODU students," he said.

"The center's important work in partnering with University leaders to end gender-based violence through innovative education and one-on-one support of student victims is exemplary."

The Women's Center was created in 1976, four years after President Richard Nixon signed the groundbreaking federal legislation known as Title IX. College and university campuses nationwide, including Old Dominion, were wrestling with the issue of gender equality.

Three factors helped the Women's Center succeed in its early years - the enthusiastic support of the University's new president, Alfred B. Rollins; the Faculty Women's Caucus, which advocated strongly on behalf of female employees, and its Department of Women's Studies, also the first of its kind in Virginia.

"I came here with a strong feeling of support for women's rights, and I tried to play a strong role in the development of equality for the faculty and staff with the development of the Women's Center," Rollins said in a 1999 interview with Old Dominion's Archives and Special Collections.

Jeanie Kline, special assistant to the vice provost and a former chair of the Faculty Women's Caucus, said the caucus "is delighted to celebrate this milestone with our sisters at the Women's Center, and looks forward to continued collaboration in the decades to come."

Jennifer Fish, professor and chair of the Department of Women's Studies, said she has always valued the partnerships formed with the Women's Center and Faculty Women's Caucus.

"Our Women's Studies Department is so fortunate to share in a distinct history that positioned feminist scholarship directly alongside efforts to assure women's equity and wide campus support through these three interconnected foundations," she said.

Today, the Women's Center offers more than 120 programs and activities every year, including annual events such as Take Back the Night rallies and Green Dot training for bystanders who witness sexual assault. It also provides workshops on topics like salary negotiation and leadership to help women advance in their careers. More than 200 women have participated in the Women's Institute for Leadership Development and Start SMART salary negotiation workshops.

Lett-Brewington stressed that the Women's Center coordinates an active volunteer program that is open to everyone, including the LGBTQ community and men.

A New Era at ODU