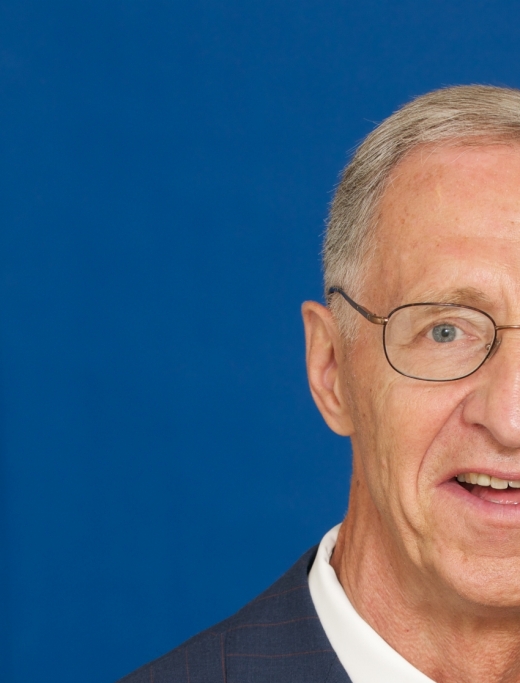 The 16th annual State of the Region report, presented in three sessions October 6-8 by James V. Koch, Old Dominion University Board of Visitors Professor of Economics and President Emeritus; Vinod Agarwal, professor of economics; and Timothy Komarek, assistant professor of economics, will be followed this year by a separate report assessing the state of the Commonwealth of Virginia.

Supported by the Virginia Chamber of Commerce, the first-ever State of the Commonwealth Report will be delivered by Koch and Larry "Chip" Filer, associate professor of economics, in December sessions in Richmond, Roanoke, Northern Virginia and Lynchburg.

The two annual reports - along with the Strome College of Business's Economic Forecasting Project, which provides the financial analysis - comprise the major elements of Old Dominion's new Center for Economic Analysis and Policy that undertakes a wide range of economic, demographic, transportation and defense-oriented studies.

"This new Center brings together the diverse economic expertise of the Strome College into one organization, which provides focused, data-driven information about the state of the local, Virginia and national economy," said Dean Jeff Tanner.

Koch, who will act as director of the center, said economic forecasting has been one of the most visible public services provided by the University for more than 20 years. "It made sense to assemble this expertise under one umbrella," he said.

The State of the Region breakfasts will be Tuesday Oct. 6 at the Norfolk Marriott Waterside; Wednesday Oct. 7 at the Westin Town Center in Virginia Beach; and Thursday, Oct. 8 at the Hampton Roads Convention Center. More than 1,000 regional leaders are expected to attend the breakfast programs, which are sponsored each year by Lead Hampton Roads. The Virginia Beach event is sponsored by Virginia Beach Vision.

For tickets or more information about the event in Virginia Beach, contact Martha McClees at martha@virginiabeachvision.com or 757-499-7003.

This year's State of the Region report is comprised of seven chapters:

December's State of the Commonwealth was created to provide Virginians with rigorous, up-to-date, non-partisan analysis of Virginia's current economic circumstances and future possibilities.

The eight chapters of the inaugural State of the Commonwealth are: (1) The Virginia Economy Deals with Economic Headwinds; (2) Defense Expenditures in Virginia; (3) Northern Virginia: Standing at a Fork in the Road?; (4) If You Can Make It There, You Can Make It Even Better in Virginia; (5) Fly Away With Me: A Look at Virginia's Airports; (6) Keeping Pace: Small Businesses in Virginia; (7) Is Now the Time to Consolidate and Merge Public Services in Virginia? Some Evidence; and (8) Domestic Migration: What Moves Us?

For more information see the State of the Region and State of the Commonwealth websites, or contact James V. Koch at jkoch@odu.edu.