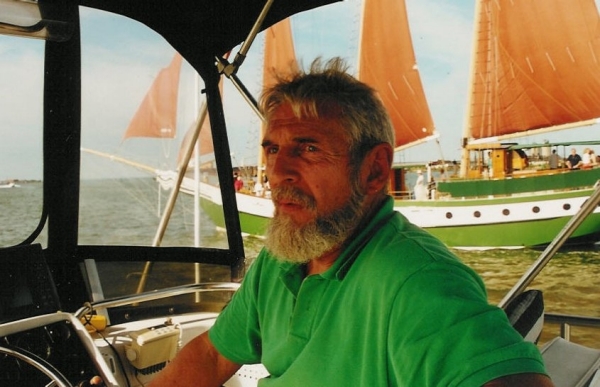 Robert Bray, an original boat captain in Old Dominion's department of oceanography who operated research vessels for 31 years, died Sept. 7 at the age of 74.

Bray is among a small group of University faculty who are credited with providing the foundation for an oceanography department that has grown from its birth in an old ferry terminal to a major research center with national prominence.

"It was Old Dominion University's great fortune that a man as loyal and dedicated as Captain Bob Bray showed up at the dock one day to lend a hand," said University President John R. Broderick. "Countless students and faculty over 31 years were blessed by his contagious enthusiasm for the water and for marine research."

Bray retired in 2002 as Senior Boat Captain of the Research Vessel "Linwood Holton," which also was retired at that time and replaced with the current research vessel "Fay Slover."

According to a College of Sciences newsletter from 2002 that noted his retirement, Bray was a U.S. Navy electronics technician in the early 1960s when he started "spending his spare time helping with the boats" operated by what became Old Dominion's Institute of Oceanography - now the Department of Ocean, Earth and Atmospheric Sciences.

That hobby led Bray to apply to graduate school and to join the two-man crew of Old Dominion's first research vessel, a borrowed 45-foot Army Corps of Engineers tugboat named the "Albatross."

When the latter needed replacement, Bray helped find the department another Army "T-boat" in Charleston, S.C. and bring it to Norfolk.

The new 65-foot research vessel was christened the "R/V Linwood Holton" in October of 1971 for the Virginia Gov. A. Linwood Holton. Bray, named by the department to captain its new boat, assisted Holton's wife in the ceremony.

Before he retired, Bray recalled that his favorite part of the job "was helping graduate students learn field work. You take someone from Iowa and watch them develop field science skills. I was a student advocate." He also recalled keeping the boat afloat despite the department's modest resources.

"In those days, money was tight," Bray said. "We just didn't place an order for equipment we needed, we built it ourselves."

The newsletter remarked on the significant impact Bray had on the development of the oceanography department, noting: "None were more important at touching lives and building future scientists than the captain who was always at the helm encouraging young minds, assisting with the scientific mission and assuring them of safe travels under his direction."

A Chesapeake resident, Bray is survived by his wife of 45 years, Rebecca, his son and two grandchildren. The family will receive friends at Hollomon-Brown Funeral Home, Indian River Chapel, on Sept. 11 from 1 to 3 p.m.