From Modest Roots, Old Dominion Has Grown to Serve its Community 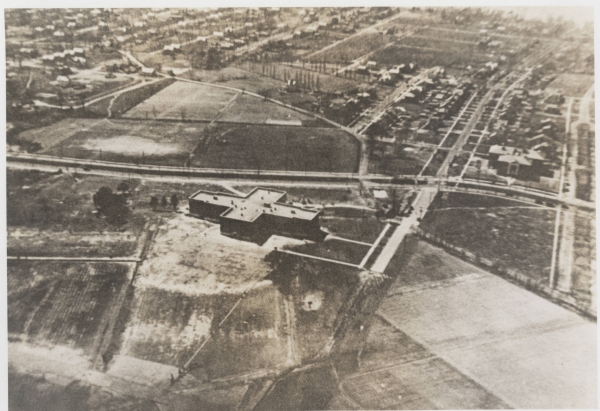 It was the middle of 1930, and the world was struggling with the effects of the Great Depression.

Though Norfolk was growing rapidly, it was also feeling the sting of the economic slowdown, as factories were idled and the region's agricultural base dwindled.

At the time, options for young men and women were limited, as Norfolk was then the largest English-speaking city in the world without an institution of higher learning. But that was about to change.

Following several years of discussion, and a shrewd investment in the soon-to-be abandoned Larchmont Elementary School building and an adjacent field, the College of William and Mary was poised to open a junior college to provide freshman and sophomore education to Norfolk residents.

On a sunny day Sept. 12, 1930, the Norfolk Division of the College of William and Mary opened its doors to an initial class of 206 students.

Those modest roots, along with eight and a half decades of achievement in scholarship, research, athletics, the arts and community engagement are being celebrated this year by what is now Old Dominion University.

Today, the University has more than 25,000 students and more than 130,000 alumni in every state and 76 countries around the world. The University contributes more than $2.1 million per year to the economy of Virginia through the work of its faculty, research collaborations, community partnership and support for companies and organizations worldwide.

During the academic year, events are planned to celebrate the University's 85th anniversary. Old Dominion President John R. Broderick launched the celebration during his annual State of the University address in August.

"Our 85th year carries a palpable excitement for all it represents and how we will mark our anniversary," he said.

The year will include events such as a challenge to faculty staff and students to perform 85 hours of service throughout the school year, an "85 Things to do Before you Graduate" list produced by Old Dominion's Student Government Association and interactive contests being held throughout the year on social media.

The celebration gets off to a roaring start next week, leading up to the actual Sept. 12 anniversary date and Old Dominion University's first home football game of the season, against Norfolk State University.

Over the course of 85 hours from Sept. 9-12, alumni, faculty and staff, parents, students and friends of the University are challenged to raise funds to support critical areas of need. The challenge begins at 9 a.m. on Wednesday, Sept. 9 and ends at 10 p.m. on Saturday, Sept. 12. A leader board of Old Dominion University's participating colleges and units can be viewed at the 85 Hours of Giving Website.

The day before the football game - Sept. 11 - will be the official launch of the University's 85 Hours of Service campaign. Beginning at 9 a.m. on Kaufman Mall, Old Dominion will honor those who serve (first responders and members of the military) with a ceremony, remembrance walk and service project benefitting Operation Gratitude.

Members of the campus community are encouraged to pledge 85 hours of service throughout the anniversary year, continuing a long tradition of volunteering by Old Dominion students, staff and faculty. Volunteers can make their pledge at the 85 Hours of Service Challenge Website

Until Sept. 12, members of the Monarch community are invited to wish Old Dominion a happy birthday. Students, alumni, faculty, staff and the community can submit creative photos or 15-second videos to Instagram celebrating the University. Posts that mention @odupics and include the hashtags #ODU85 and #ODUBday are eligible for prizes, which will be announced Sept. 16 through social media.

A week of birthday celebrations will culminate during the Saturday afternoon football game against Norfolk State.

The coin toss for the game will be performed with a commemorative coin produced for Old Dominion's 85th anniversary. The game programs will have the 85th Anniversary logo on them. Big Blue will carry an 85th anniversary flag when he leads the Monarchs out onto the field, and the team will wear a helmet sticker emblazoned with "ODU85." Coach Bobby Wilder is challenging fans at the game to "text-to-give" a total crowd contribution of $25,000 during the game. Throughout the games videos from ODU coaches will attempt to spur donations, and updates will be delivered on the giving campaign.

At the conclusion of the game Old Dominion's band the Marching Monarchs will play "Happy Birthday," and social media photos hash tagged #ODU85 will be displayed on the video board.

The birthday celebrations will continue at Old Dominion University after the actual 85th anniversary date. On Founders' Day Sept. 16, the annual Founders' Cup Challenge, sponsored by the Old Dominion Student Ambassadors and Student Government Association, will be held. That event will challenge Old Dominion students to partake in selected activities from the list of 85 things for students to do before they graduate.

Throughout the year, the University's 85th Anniversary Website will highlight achievements of the University, its graduates, its faculty and its current students and staff, with different themes spotlighted each month.