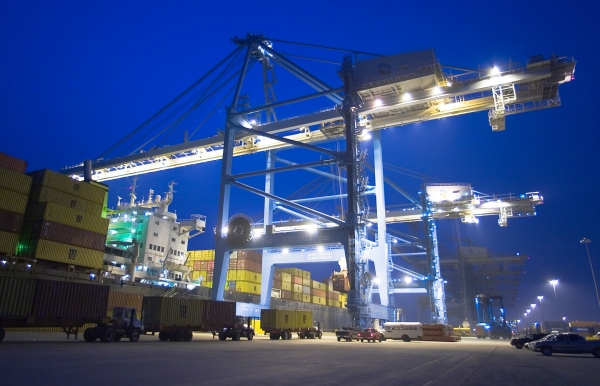 VITAL hopes to create more exports through the Port of Virginia.

"The Strome College of Business faculty have significant experience with international projects of this type," Tanner said of the VITAL initiative aimed at increasing international trade in Virginia. "International business is a strategic focus for Strome. So to have an opportunity to make this kind of contribution is particularly satisfying."

Nine Virginia public universities have signed on as partners in the trade alliance, managed by the Virginia Economic Development Partnership.

"As we continue to recruit new businesses to the Commonwealth, we also need to help our existing businesses export their goods and services," McAuliffe said at the announcement in Richmond. "International trade is a key part of my plan to create private-sector jobs and build a new Virginia economy that is less reliant on the federal government."

VITAL's goals include increasing Virginia's exports by $1.6 billion and creating 14,000 trade-supported jobs in five years. It also wants to increase the number of companies enrolled in the Economic Development Partnership's trade programs.

"ODU is looking for firms locally and across the state that are interested in increasing their export expertise," Selover said. "There are all sorts of advantages VITAL can provide, from arranging trade missions, conducting international market research and personnel training."

But close to home, the far-ranging influence VITAL can have in the community and on campus is what excites Tanner the most.

"VITAL is exactly the type of opportunity we need to broaden the economic base of Hampton Roads," he said. "It creates a triple bottom-line impact. We're able to impact economic development for Hampton Roads, involve students in hands-on learning and engage faculty in experiences that enhance their teaching."

More information on the creation of VITAL can be found at Exportvirginia.org.