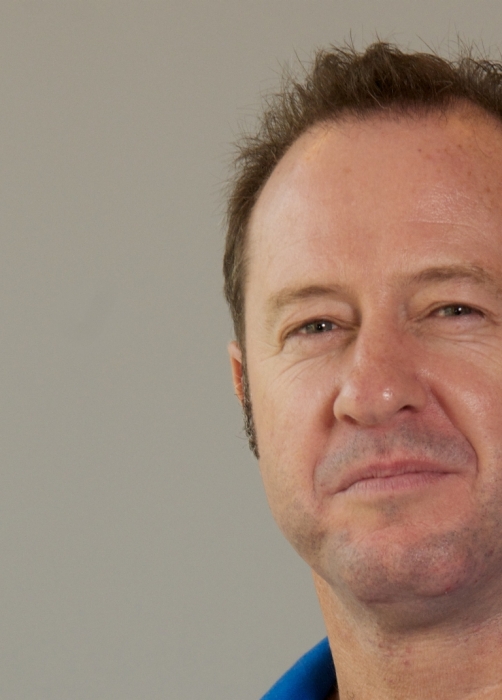 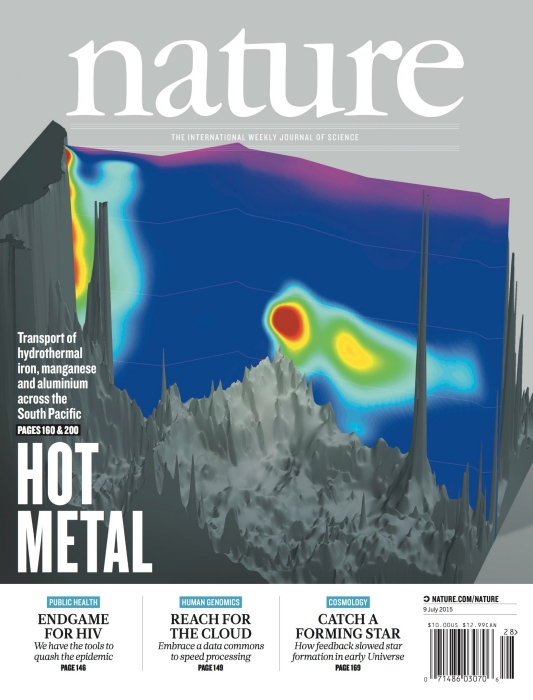 A paper co-authored by Old Dominion scientists is featured on the cover of Nature.

A pair of Old Dominion ocean researchers contributed crucial work to a multi-institution research effort -- featured on the latest cover of the science journal Nature -- that potentially has major implications for the ocean ecosystem and global climate.

The data collected and analyzed by professor Peter Sedwick and research specialist Bettina Sohst of the University's department of Ocean, Earth & Atmospheric Sciences, from a 2013 research expedition in the South Pacific, marks a significant advance in the understanding of where iron comes from in the deep sea and how far it can travel.

In the surface ocean, iron in dissolved form is essential for the growth of phytoplankton, which convert carbon dioxide into organic matter. This is important in regulating the earth's climate and supporting the larger marine ecosystem.

Seafloor hot springs known as hydrothermal vents introduce fluids rich in iron to the deep sea, along the volcanically active mid-ocean ridges. But much of the dissolved iron was thought to be rapidly lost from seawater as particles, without being transported far.

However, analysis of water samples collected during the cruise from Ecuador west to Tahiti revealed the astounding transport of hydrothermal dissolved iron over more than 4,000 kilometers -- nearly 2,500 miles -- from hot springs on the East Pacific Rise, at a water depth of around a mile and half.

"This implies that the solubility of the iron discharged from hydrothermal vents is enhanced by an as-yet unknown mechanism, which permits its wide dispersal in the deep sea," said Sedwick, one of six co-authors of the paper, led by Joseph Resing of the University of Washington.

Sedwick said the broader significance of this finding, as revealed by numerical model simulations, lies in the potential importance of the hydrothermal iron for biology near the ocean surface.

"As these deep waters are eventually upwelled to the surface ocean, where phytoplankton grow, our findings suggest that hydrothermal iron may support as much as 30 percent of the primary production in the vast, iron-starved waters of the Southern Ocean," Sedwick said.

Measurements of a wide variety of trace elements were undertaken during the 57-day cruise, as part of the ongoing U.S. GEOTRACES program, funded by the National Science Foundation.

The presence of helium-3, known as a "tracer" of seafloor hydrothermal inputs, confirmed beyond doubt that the accompanying iron in the deep water plume came from hydrothermal vents on the East Pacific Rise.

"With these measurements made together, it's clearly evident that the hydrothermal iron travels this far in the deep ocean," Sedwick said.

He added that the specialized "clean" water sampling system used for this and other U.S. GEOTRACES cruises is based at Old Dominion, where it is maintained and operated by professor Greg Cutter.

The research group's paper in the current edition of Nature can be found here.