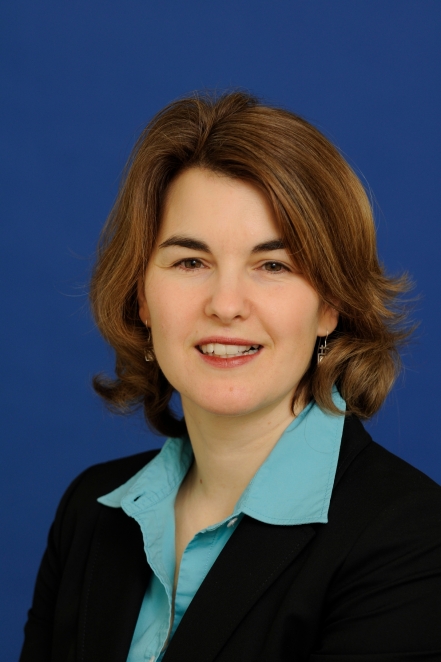 The recent announcement that Virginia's grant application to the U.S. Department of Housing and Urban Development application has moved into the second phase thrust Old Dominion University into the media spotlight.

Representatives from organizations collaborating on Virginia's the grant application to the U.S. Department of Housing and Urban Development (HUD) to protect vulnerable populations in Hampton Roads appeared on public radio program "HearSay with Cathy Lewis" on July 14, and on WVEC's "13 News Now at 4 p.m." show on July 15. Karen Eck, Old Dominion University's assistant vice president for research, appeared on both programs.

Along with Eck, "HearSay" featured resilience officers from the cities of Norfolk and Chesapeake, as well as Wetlands Watch executive director Skip Stiles, who discussed the multi-natured threats, and opportunities, that exist with the region's proximity to rising sea waters. Eck and Stiles also appeared on the WVEC segment to discuss the grant opportunity.

Earlier this summer, the application led by Virginia's Department of Housing and Community Development advanced to the final round of the National Disaster Resilience Competition (NDRC), sponsored by HUD and the Rockefeller Foundation.

The NDRC makes $1 billion available to communities that have been struck by natural disasters in recent years. By advancing to the final stage of the competition, the Virginia proposal is eligible for up to $500 million in federal funds to help communities recover from storm events, and prepare for future disasters, Eck told WVEC reporters.

"It's rewarding to work with our local and state colleagues on a grant that has the potential to bring significant resources to help implement a more resilient approach to flooding and sea level rise and our ability to live, work and travel around the Hampton Roads region," Eck said.

The guests told HearSay host Cathy Lewis that the things that threaten Hampton Roads - rising sea levels, sinking landmass, tons of coastline - also are an opportunity to compile a whole of community effort to combat the issue, which can be a model for coastal areas nationwide.

Eck said Old Dominion's location in the center of Hampton Roads, along with a long tradition of coastal vulnerability research, make the University a natural fit for the grant partnership led by the state.

"We're helping to coordinate the different groups. We felt we could utilize our research expertise to help this partnership," she told Lewis.

Christine Morris, City of Norfolk chief resiliency officer, noted on "HearSay" that since the grant competition is led by HUD, it is specifically targeted at residential needs, notably of economically vulnerable populations.

"The focus of this grant will be in providing relief to some of the vulnerable areas in our communities, who will have this issue (sea level rise) to deal with in coming years," she said.

Robb Braidwood, Office of Emergency Management deputy coordinator for the City of Chesapeake noted that his community isn't often thought of as flood-threatened, but with more than 50 of its 330 square miles on a flood plain, it faces a serious issue as well.

"This isn't a city like Norfolk, where you have a bunch of water downtown. It's flooding concerns in residential neighborhoods," he said. "However, in Chesapeake, our highest point of land is in a swamp. When you have that, you're going to have concerns."

Stiles described the Dutch Dialogues, an event held in Norfolk in June that invited Dutch planning experts to facilitate conversation on living with water, using examples from the European country that has turned its proximity to potential floodwaters into an economic engine. Stiles noted that nearly four percent of Dutch Gross Domestic Product (GDP) comes from infrastructure and technology connected to the massive system of dikes that protect the country's coastline and canals.

The final phase of the application to the HUD National Disaster Resilience Competition is due October 27, with winning bids notified early in 2016.

Listen to the show online through WHRO's On Demand feature or subscribe on iTunes.

As of this writing, a link to the WVEC program was not available, but may later be uploaded to 13newsnow.com.