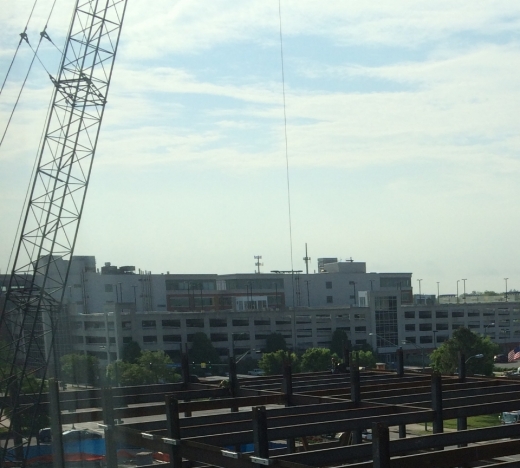 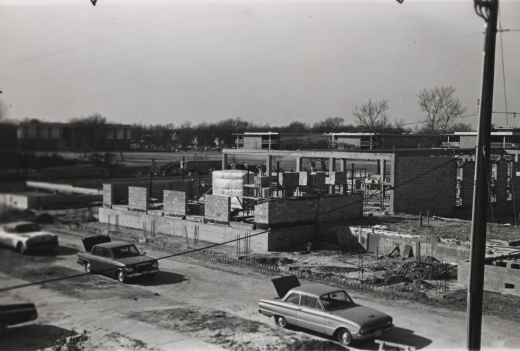 Every weekday at Old Dominion University, Leigh Butler, assistant dean of the Darden College of Education, gets a visual reminder of an exciting future.

"I drive down Hampton Boulevard, run through campus, or peer through the windows of the Batten Arts and Letters building to watch the progress of our new Education Building," Butler says.

She has occupied the current Education Building on Kaufman Mall since started as a student in 1991. Butler feels like an undergraduate again when she envisions the large open collaboration spaces, cutting-edge technology and bold architecture of the new Education Building, which is currently under construction across Hampton Boulevard from the Ted Constant Convocation Center.

"I feel like the college student, window shopping with my face pressed against the glass," Butler says. "I watch the progress of every floor, imagining where every department will be located. Every day I look for the wing that will our Teacher Education Services and Advising Office, where I work."

A school year worth of flattened earth covering a former parking lot has turned into a steel structure rising four stories above the street.

The 120,000-square-foot building, being constructed by SB Ballard Construction Co. at a cost of $33 million, will open in fall 2016. It will feature four-story wings and a five-story iconic glass center tower that will be one of the tallest spots on campus. The structure is part of $338 million in capital projects initiated under University President John R. Broderick's leadership, including the Engineering Systems Building, Barry Arts Building and a new dining hall.

University Chief Operating Officer David F. Harnage says the "elegant" building will anchor the campus, serving as a visual landmark for visitors arriving on Hampton Boulevard, while connecting seamlessly to adjacent buildings and the street.

"This is truly a signature building for Old Dominion University," Harnage says. "It is designed to meet the needs of the College, including state-of-the-art academic space, as well as public spaces to facilitate active learning."

Dean Jane Bray of the Darden College of Education says she is thrilled to watch the new building take shape. "We are all anxious to be in new surroundings that will boast collaborative working spaces, large meeting rooms, state-of-the-art technologically advanced classrooms and a fifth-floor dissertation room," she says.

"This represents quite a change from our current building environment and we are very grateful for this opportunity and excited about moving into our new teaching and learning laboratory."

By the time the Darden College relocates its headquarters to the southern edge of campus, the current Education Building will have been in use by the University for nearly 50 years.

A story in The Virginian-Pilot on September 24, 1966 spoke of the excitement at then-Old Dominion College about the planned Education Building, which would be the largest building on Kaufman Mall, even bigger than the Lewis Webb College Center on the far end of the Mall.

The $1.75-million building was being constructed to house the largest teacher-training center in southeastern Virginia, and would be "a key structure in both the physical and academic development of the college," the Pilot wrote.

The building was deliberately constructed larger than the School of Education's size at that point because of the anticipated 50 to 60 new faculty that would be hired by the time the building opened in 1968.

"Because of the rapid advance in the science and technology of teaching, the building interior is designed so that classrooms can be changed as requirements change," the story also noted.

The Education Building has been the academic home of thousands of Old Dominion students, and Butler says it has served the University well. But it's easy to get excited about the new home, she says.

"Watching our new building take shape is a very exciting and hopeful process," Butler says, "kind of like unwrapping your birthday present when you were 16, and you just knew it was going to be a brand new car with all the bells and whistles."