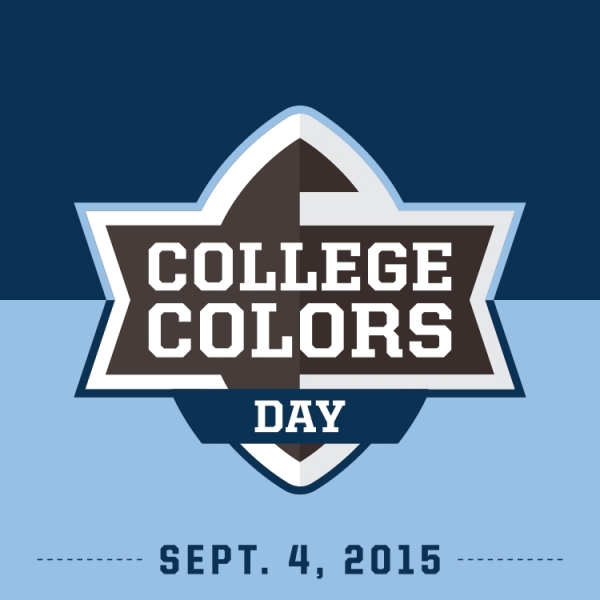 Fans of the Old Dominion University Monarchs have taken up the challenge of showing school spirit before, winning national contests for demonstrating their love.

As part of this year's 11th annual College Colors Day celebration, Old Dominion is participating in the inaugural College Colors Challenge and encouraging fan support for the Monarchs across social media. The grand prize is a chance to win an all-expenses paid trip to the College Football Playoff National Championship game.

The College Colors Challenge is a new, national social media contest that seeks to channel the excitement of college football as the season begins. Starting August 10, fans of all schools showcase their school colors, express school spirit and vie for a trip to college football's title game.

Fans may use hashtags created for the competition on Twitter, Instagram and Facebook to show school spirit. Three categories have been created for the College Colors Challenge: #SQUADPIC (for large group photos); #FAMPHOTO (for family spirit pictures); and #SELFIE (for individual pictures).

Winners for the first set of challenges will be announced via www.CollegeColorsChallenge.com on College Colors Day, Friday, Sept. 4. Each month during the college football season, three new challenges will be issued for a chance to win prizes, including two more opportunities to win two tickets to the national championship game.

Some of the challenges include fans posting an epic trick shot video while wearing their colors, an awkward college colors family photo and college colors displayed at the office.

Online contests are an ODU specialty. In 2010, ODU's Big Blue was selected as National Mascot of the Year in a contest sponsored by Capital One. The winner was determined through online voting, and ODU fans cast more than 2 million votes for their favorite furry lion. The following year, Big Blue defended his crown nobly, advancing to the quarterfinals of the Capital One Mascot of the Year competition.

College Colors Day was created by the CLC which represents the trademark licensing programs of more than 150 of the nation's leading universities. Fans across the United States are encouraged to wear the apparel of their favorite college or university throughout the day. Retailers, organizations, universities and fans share in the excitement during college football season, when school spirit runs at its highest.

Monarch fans are encouraged to download the College Colors app (currently available in both the iOS App Store and Google Play Store) and visit www.CollegeColorsChallenge.com for full challenge details.