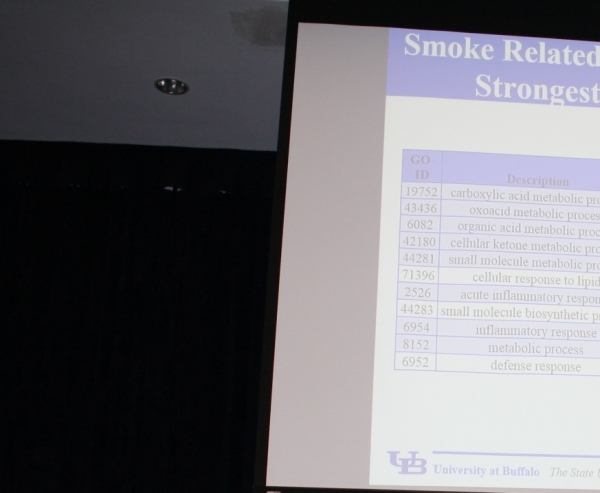 More than 100 scientists from around the world have arrived at Old Dominion University for ISBRA 2015 - the 11th international symposium on bioinformatics research and applications.

Old Dominion's College of Sciences, the department of Computer Science, and the National Science Foundation are sponsors of the symposium which began June 7.

Workshop sessions and technical keynote presentations run through June 10 at the Constant Convocation Center and at Webb University Center.

The symposium brings together and enables the exchange of ideas and results among researchers, developers and practitioners in bioinformatics and computational biology and their applications.

"This shows the research level of Old Dominion," said Jing He, associate professor of computer science at the University, and the symposium's local organizing chair. "If you don't have good researchers, (ISBRA) won't come here. You have to have a good reputation in terms of research and research funding, and help from the University to host such a large conference. The last one was hosted in China."

Old Dominion and the National Science Foundation combined to award travel fellowships to 39 graduate students and post-doctoral scholars from the United States and abroad to attend the symposium.

Research and training in the University's College of Sciences has increased 47 percent in the last seven years, to $16.3 million in the 2013-14 fiscal year. All seven of the college's departments are listed in the top 32 percent of the National Science Foundation's rankings based on total expenditures for research.

More information on the symposium, including the schedule of events, can be found at the ISBRA 2015 website.