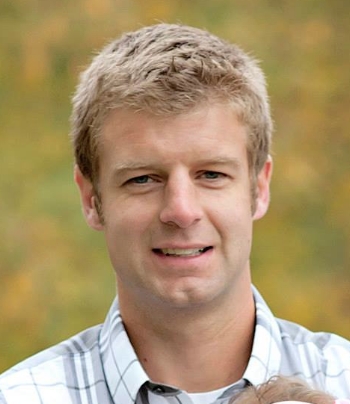 The climate event that warms the eastern tropical Pacific Ocean, known as El Niño, has been demonstrated to result in a season of fewer destructive hurricanes heading for the other coast of the United States, across the Atlantic Ocean.

However, a new study led by an Old Dominion University researcher shows that the temperature and weather pattern impacts of El Niño - which appears imminent in the Pacific - can also exacerbate sea level rise on the Pacific and Atlantic coasts of North America.

An aerospace engineer, Hamlington studies the phenomenon of sea level rise by examining images taken from space, coupled with tide gauges. This research has become possible and feasible in the past two decades. "There are now altimeters that can measure the surface of the ocean within two to three centimeters of accuracy," he said.

A new paper published by Hamlington and five other research colleagues in the "Journal of Geophysical Research: Oceans" demonstrates through analysis of satellite images that ENSO can raise sea levels off the West Coast by as much as eight inches over just a few seasons. Curiously, that coastal increase in sea levels is also seen on the East Coast, across the continent from ENSO currents.

La Niña, the counter-effect to El Niño, which cools the northeastern Pacific, causes lower sea levels, but not at the rate that they increase under El Niño.

When combined with the scientific consensus that the earth's seas are rising at approximately three millimeters per year, Hamlington said this phenomenon is simply one more wrinkle that must be factored into sea level rise calculations. Larry Atkinson, Old Dominion Slover Professor of Oceanography, is a co-author on the paper.

Hampton Roads is seen as one of the cities on the East Coast most at risk from rising sea levels. Old Dominion has a multidisciplinary team of researchers examining sea level rise risk and mitigation through its Mitigation and Adaptation Research Institute. The University was also tasked by the White House with leading a pilot project looking at using a whole-of-community approach to discover innovations that can help coastal communities adapt to higher sea levels.

Although the satellites provide accurate measurements of the ocean, the satellite altimeter record extends back only to 1993, making it difficult to estimate the impact of longer period variability like ENSO. When combined with tidal gauge data that goes back a century or more through the process of sea level reconstruction, however, a more complete understanding of sea level rise can be gained, Hamlington said.

"It is a way to get the best of both worlds - the long record of the tide gauges with the global coverage of the satellites," Hamlington said.

The paper "The effect of the El Niño-Southern Oscillation on U.S. regional and coastal sea level" can be viewed at the AGU Publications website.