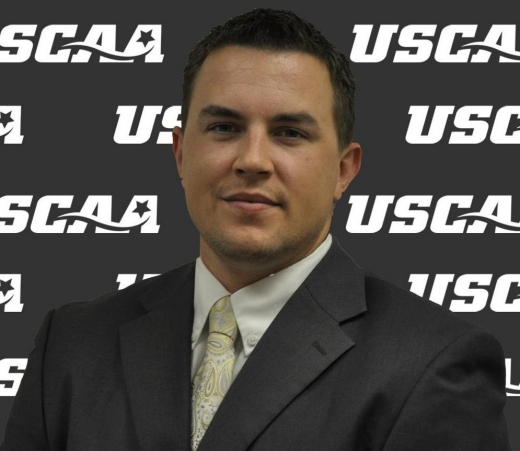 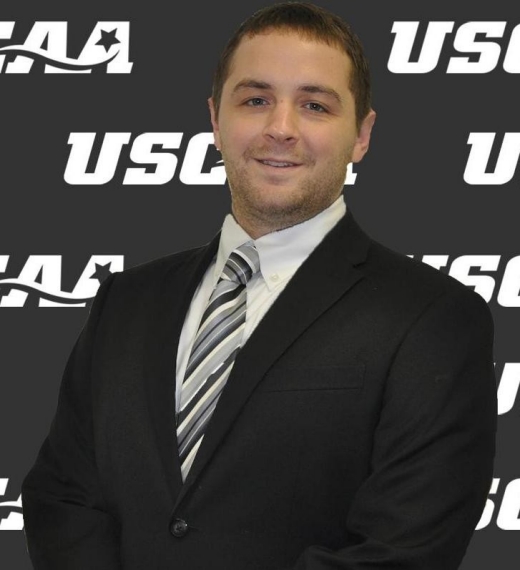 Two Old Dominion University graduates have received promotions in the United States Collegiate Athletic Association (USCAA), a national organization that specializes in serving the needs of small colleges across the United States.

Matt Simms, who received a BS in organizational psychology from Old Dominion University in 2008, has been appointed as the third executive director in USCAA history. A native of Smithfield, Simms joined the USCAA management staff in 2005.

Michael Goodman, who earned his master's in sport management from Old Dominion University in 2010, was named associate director and chief operating officer for the USCAA. Goodman, a native of Cleveland, Ohio, is entering his fifth year with the organization.

The organization represents nearly 100 post-secondary institutions across the United States that do not belong to the NCAA. The USCAA helps fill a void in intercollegiate athletics, providing national level athletic competition for students who attend small colleges such as Illinois Tech; Marygrove College, in Michigan; and Wabash College, in Indiana.

Formed in 2001 under its current name, the USCAA actually dates back to the 1960s, conducting national championships, selecting all-American teams, honoring scholar athletes and covering eligibility requirements for USCAA schools. The organization is headquartered in Newport News.

Simms has served two years as administrator of student services and one year as assistant athletic director The Apprentice School, a member institution in Newport News. Starting as assistant to the commissioner, and eventually becoming the organization's associate director and COO, Simms has led the operations of the USCAA, bolstering marketing efforts that have led to more than 100 percent membership growth and 10 times revenue growth since 2006.

"I am extremely honored and humbled to be selected as Executive Director," Simms said. "I have expressed to our membership that this does not mark a time of overhaul for our organization. Instead, this marks a period for personal rejuvenation for me, and a new challenge to see the opportunities that exist for the USCAA, to increase its brand recognition as an outstanding national organization for small college athletics."

Goodman has done many jobs during his five years with the USCAA. Beginning as the association's administrator of communications and compliance in 2011, Goodman developed the USCAA's eligibility center, a platform on the USCAA website for all eligibility rules and guidelines. Goodman also created the USCAA's first eligibility case study handbook, assisted in the development of the USCAA code of conduct policy and, in 2012, oversaw the association's transition to a new provider of official statistics.

"I've always felt what makes the USCAA different is its level of service and its people," said Goodman. "My efforts will be aimed at making our National Office more focused, efficient and productive to continue providing our membership with the level of service they expect."

Former executive director Bill Casto, who has led the organization for the past 10 years, will move into a consulting role for a newly formed USCAA Ambassador Program, aimed at identifying new prospective member institutions.