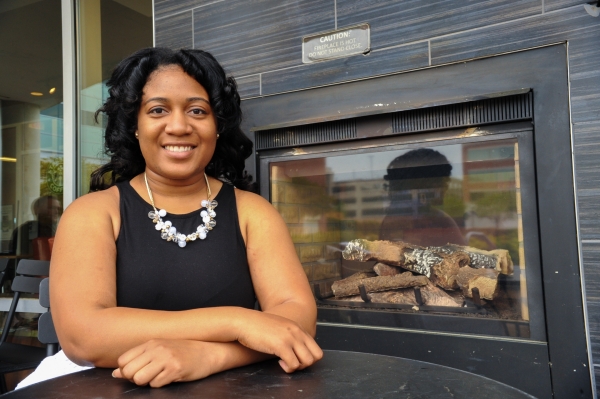 An impoverished school on the outskirts of Cape Town, South Africa will soon receive a significant cash gift. It will arrive in memory of Annette Wynn of Lynchburg, Va., who died of a heart attack 3 1/2 years ago at age 52.

It will arrive because Annette Wynn, a professional mentor and caregiver, taught her only child, Skylar, to look outside herself above all.

"I often would joke about her being a giving tree," said Wynn, who will graduate with honors from Old Dominion next weekend with a degree in Women's Studies. "She really cared about people and really wanted to help. She got such joy from being able to make a difference to somebody."

Wynn, whose father died when she was 5, was two months into her freshman year when she lost her mother. Four years later, drawing on memories of her mom to push through heartbreak and depression, she created Project Annette on the crowdsource website Gofundme.com.

Her progress: one month after launching Project Annette on March 30, the fund has surpassed its $500 goal and is up to $740. It will take donations into August.

"Despite their surroundings, the kids there are so passionate, they really want to learn," Wynn said. "It really inspired me to think, 'how can I give back from this experience?'"

The immediate success of Project Annette has Wynn enthused about leading future charitable efforts, even as she looks for a non-profit active in women's issues with which to start her career.

"My 'a-ha' moment about women's studies was the spring of my freshman year," Wynn said of adopting her major. "I learned about women's issues on a global level that I wasn't really aware of. I felt like it was a place where I could learn to make lasting change and lasting impact."

Annette Wynn's imprint on her daughter began early as she worked in a variety of service-related jobs, modeling selflessness in the Lynchburg community.

"My mom is in everything I do, in every single way," said Wynn, who moved in with her grandmother after her mother's death. "That's why women's studies is so important to me, because activism is a core concept, and that really aligns with how I want to carry myself and go through life."

Struck by her South African students' resilience and desire for education, Wynn heard her mother's call to respond. Nervous about risking failure with Project Annette - "I felt a lot of pressure because I named it after my mom," she said - Wynn nonetheless posted a mission statement and spread the word through social media.

The instant momentum and empowering comments Wynn has received opened her eyes to what she could do moving forward.

"It's taught me just to be confident about what you're passionate about," she said. "In this one instance, I know I'm not going to change the world, but I really want to make a difference, even in a small way."

Whatever the final tally of Project Annette, Wynn will move on to her next "passion" with fervor that has impressed Elizabeth Kersey, Old Dominion's assistant to the president for local, state and federal governmental relations. Kersey mentors Wynn through the University's Women's Initiative Network.

"If you open up the door for Skylar just a little bit, she'll knock it down," Kersey said. "We're going to be reading about her."

For now, though, "walking" with her mom through an emotional commencement on Mother's Day weekend is Wynn's first priority.

"We started this dream together, and I've carried her with me till this moment," Wynn said. "(Moving on) will be the first time I'll be starting something without her there. But I know she's always going to be with me."