'Humble’ Student Astronomer Finds His Passion In The Stars 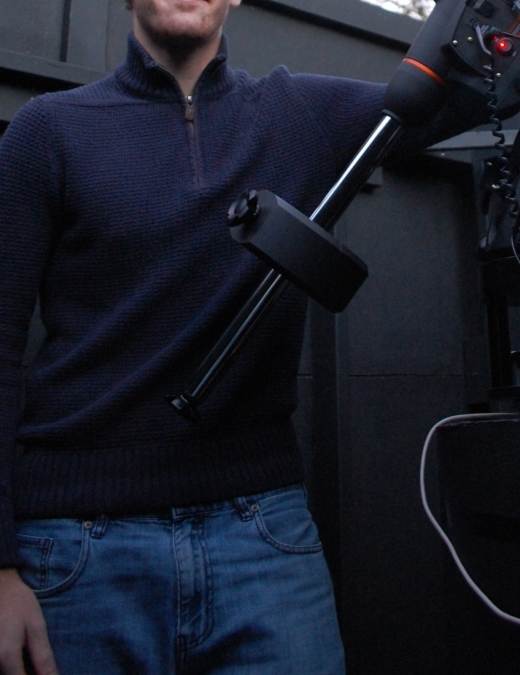 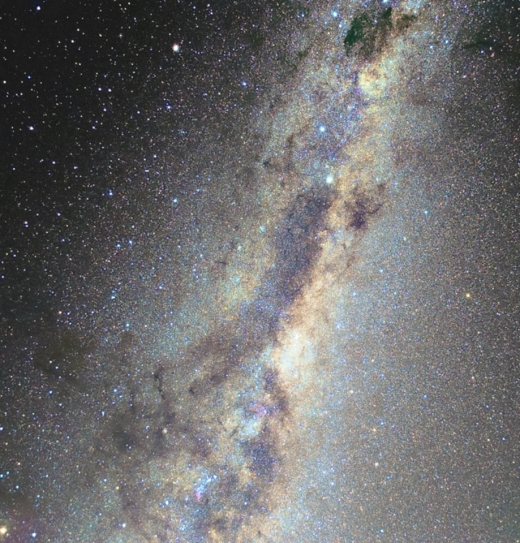 An image of a galaxy Frechem captured in his backyard observatory.

Josh Frechem gazes into the night sky through the telescope mounted in his Chesapeake backyard and wonders why everyone isn't as fascinated as him.

"I show some people and they're like, well, 'It's just black and white, you can't really see much,''' said Frechem, who has invested about $7,000 into his homemade observatory. "That confuses me. They don't seem to get that it's billions of miles away. And you're seeing it live with no help other than glass."

Old Dominion's physics faculty knows Frechem, who double-majors in physics and mechanical engineering, as the closest thing to an astrophysics major at the University, which doesn't offer a degree program in that particular field of study.

"I am a humble novice at astronomy," Frechem said, although his advisor, visiting assistant professor of physics Yelena Prok, isn't as modest.

"It takes expertise in software, hardware and a lot of dedication to build an observatory in your backyard," Prok said. "Josh is making a lot of effort just for the sake of science. He is just genuinely interested, which is rare and precious."

Frechem is already accomplished enough in his study of the deepest heavens to be selected for a prestigious undergraduate research program last spring at the Cerro Tololo Inter-American Observatory in Chile.

He joined a few other American college students, though they were from such noted astrophysics programs as the University of California, Berkeley and Arizona State.

"I would say I was the most self-taught because I never took a class on astronomy or astrophysics," said Frechem, who is on schedule to graduate in May, 2016. "I felt alien at first, but once I got to know the others they all were extremely nice."

Frechem's main job in Chile was to analyze data, but he also spent time "driving" the mountain top telescope, his greatest thrill.

"Being beneath the stars and knowing where we came from is more religious than anything that could happen to me," he said.

Frechem has worked with Prok for two years studying symbiotic star binaries in our galaxy. Star binaries include a hot-white dwarf that draws matter from a red giant companion star. Frechem analyzes data to discover how light fluctuates over different wavelengths to interpret how the stars' high-energy interactions affect the system as a whole.

Additionally, Frechem took on what he called a volunteer "side project" in optics that uses lasers to trap microscopic objects.

"I don't feel like I'm contributing something spectacular to science, but I feel like a very active part of science," said Frechem, who hopes to be a research professor.

But he speaks most enthusiastically of astrophysics - "the Swiss Army knife of physics," he said. "There's not a single bit of physics that doesn't pertain to astrophysics.

"I feel like studying astronomy and astrophysics is the most humbling thing you can possibly do with your life," he continued, noting the hundred billion galaxies that exist in our universe. "To me, it's beautiful."

Frechem originally enrolled at Virginia Tech, but after he broke his shoulder mountain biking early in his first semester, he transferred to Old Dominion.

Missing Blacksburg's dark skies that enhance observation, Frechem said he became a regular visitor to Old Dominion's Pretlow Planetarium and "took it upon myself to learn as much as I could as quickly as I could, just because I loved it so much.

"Everybody I know enjoys talking about this, it's just they prefer to want to be experts in other things," he said. "My best friend in the department thinks astrophysics is interesting, but he wants to do nuclear physics. He's looking for different answers."

Frechem knows where his answers, and his countless questions reside - billions of miles deep in that vast black and white.