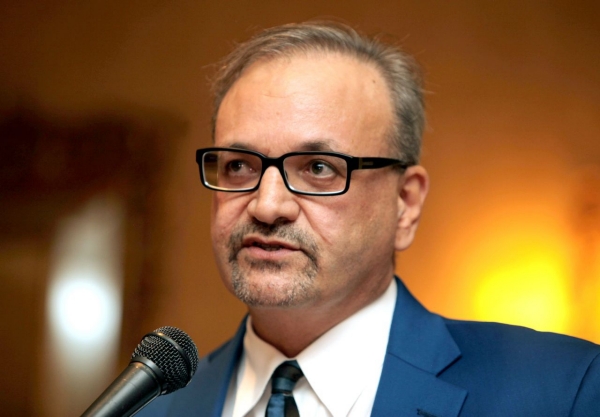 Old Dominion professor Steve Yetiv's well-known expertise on the global oil industry is what keeps him front-and-center with inquiring media from around the world.

The author of the 2015 book "Myths of the Oil Boom: American National Security in a Global Energy Market," was a guest on a British Broadcasting Corporation (BBC) newscast last week. His mission: to discuss Britain's bombing of eastern Syria oil fields controlled by the terror group ISIS.

"The media doesn't call me to ask what to do about ISIS," said Yetiv, Old Dominion's Louis I. Jaffe Professor of International Relations. "But oil just crosscuts so much in our lives. To study oil is to study a lot of other things, too. It draws me in."

A frequent contributor of op-ed columns in North American publications, Yetiv of late co-authored a pair of pieces for Canada's national newspaper. The first was with ODU's Jesse Richman, associate professor of political science and geography, regarding President Barack Obama's rejection of the Keystone Pipeline.

The latest, which also appeared in The Virginian-Pilot, was on the surprising fracking boom in Saudi Arabia, written with ODU doctoral student Alexander Fretz.

Op-ed readers should expect Yetiv to regularly mix in more topical articles even as he ramps up work on his proposed ninth book, a panoramic look at the obstacles to decreasing global oil consumption. Yetiv said the Department of Energy predicts the U.S. will remain fossil-fuel dependent for the next 25 years.

"We're making progress, but there are so many obstacles it's hard to know where to start," Yetiv said. "Right now, alternatives are a drop in the global bucket. All the solar, wind, hydro, everything we talk about isn't even one percent of global energy."

In the BBC interview, Yetiv responded to questions regarding Middle East politics and ISIS' production of oil, including the ways it sells that oil on the black market - even in Syria - through middlemen.

"This is scandalous in a sense because, of course, ISIS and Syria are adversaries," Yetiv said.

Yetiv's "Myths of the Oil Boom," published by Oxford University Press, drew praise from Harvard University's Joseph S. Nye Jr. as "a very readable book (that) dispels myths" and fascinates analysts as well as a general audience. Nye is a former assistant secretary of defense and former director of the national intelligence council.

Wrote Steven David, political science professor at Johns Hopkins University: Yetiv's book is "an eye-opening account of the impact of increased American oil production on international politics by one of America's foremost oil analysts. It's a timely and invaluable work for anyone who wants to understand how oil shapes our lives."

Yetiv's recent interview with the BBC can be viewed here.