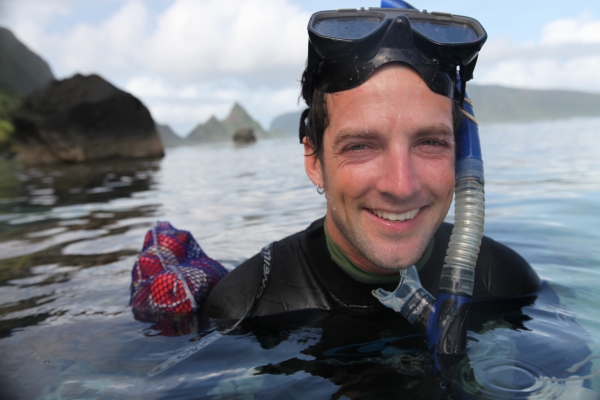 Receding Arctic ice due to climate change has numerous economic impacts, including creation of wider shipping lanes through the Northwest Passage that connects the Pacific and Atlantic oceans.

But ecologically, if vessels can more freely move through the waters, shouldn't the same apply to sea life?

It does. With natural barriers reduced, birdwatchers, citizen scientists and researchers have for the last decade observed Arctic wildlife turning up far from their particular, and traditional, ocean habitat.

The question of what happens when creatures such as whales, puffins and walrus mix and mingle in new digs has engaged Old Dominion University biologist Dan Barshis.

He is part of a Smithsonian-backed research team that published an opinion piece on Monday, Nov. 30 in the journal Global Change Biology.

The research team compiled records of marine birds and mammals appearing in the alternative ocean basins, including grey whales in the eastern Atlantic, and a Pacific tufted puffin off of Maine.

"What we're trying to do here is call attention to one of the most remarkable, and unintentional, experiments in human history," Barshis said. "Humans are directly enabling animals to travel to alternate ocean basins, and we have little to no idea what the ecological or evolutionary impacts are going to be."

Seabird McKeon, an appropriately named scientist affiliated with the Smithsonian National Museum of Natural History, is lead author of the article, "Melting Barriers to Faunal

The paper details the increasing number of observations of marine mammals and birds native to the Atlantic migrating to the Pacific, and vice versa.

It calls for action by research communities and citizen scientists to track this exchange, and to organize more data and create models regarding the future movement of species.

"We hear a lot about ice melting and sea level rise but not necessarily as much about massive ecological changes related to climate change," said Barshis, who was one of eight scientists from universities and institutes who contributed research. Barshis discussed possible genetic impact and evolution of species in the paper.

"It's kind of interesting and exciting from a science point of view," he said, "but also a little scary and worrisome from a conservation point of view."

As a broad example, Barshis cited the potential for North Pacific grey whales, which excavate food from the sea floor, winding up in the Atlantic, where they haven't been for hundreds of years, digging up blue crabs dug in for the winter.

"Are we suddenly going to have whales gobbling up our blue crabs?" said Barshis, who for this project detoured from his usual study of climate stress on corals. "It's kind of a crazy idea, but that's something we might actually have to worry about in 50 or 100 years."

The paper urges the use of collected data from similar studies in modern conservation and management policy: "Ongoing faunal exchange in the arctic offers managers the opportunity to lead by example as climate change threatens to rewrite ecosystems around the world."

The Global Change Biology article can be read here.