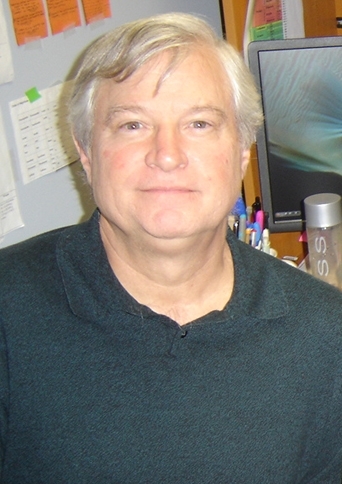 Marine conservationist Kent Carpenter was asked to testify at The Hague for the Philippines in its dispute with China.

The long-running discord between the Philippines and China over territorial rights in the South China Sea recently drew Old Dominion University biologist Kent Carpenter into the fray.

A marine conservationist who has studied corals in the Philippines for decades, Carpenter last month testified on behalf of that island nation at the Permanent Court of Arbitration in The Hague, Netherlands.

Carpenter was among two experts - the other was legal -- the Philippines enlisted to explain to a five-judge tribunal the extensive environmental damage China has caused in the South China Sea through aggressive dredging and fishing methods.

Over a week in late November, Carpenter told the panel that incontrovertible satellite imagery shows China destroyed a signifcant amount of reef in the world's most concentrated environment for marine life.

Further, Carpenter said the same behavior, which the Philippines claims violates the United Nations Law of the Sea treaty, has damaged even more coral reef in the sea.

"This is being billed as the biggest law of the sea arbitration ever," Carpenter said in an interview. "It's probably the most meaningful."

The 33-year-old Law of the Sea treaty guarantees unimpeded navigation for trade, oil exploration and fishing. But asserting what it has called ancient territorial rights to the South China Sea, China in recent years dredged the sea bottom to create and claim numerous sand islands atop reefs, some large enough to house military bases.

China has denounced multinational attempts to end its activity in the waters and has not participated in the arbitration hearing in The Hague.

Carpenter, who filed two written reports on the ecological damage to the tribunal, attended the latest hearing in case the judges wished to ask him questions about his findings. They did; Carpenter briefly summarized his reports for the panel, which then handed him 22 questions to address in depth two days later.

"Suddenly, I had to stand at a lectern and give a 45-minute speech in front of the tribunal," Carpenter said. "I went from sitting in the bleachers to being an active member in history."

Carpenter's testimony at the closed hearing has yet to be released. But a statement from the Philippines' deputy presidential spokeswoman Abigail Valte said Carpenter told the judges China's damage upon the complex coral reef ecosystem "is close to catastrophic."

China's behavior, Carpenter said in his interview, "is blatant and egregious. They plan to control the South China Sea, or at least control the natural resources with these islands."

The United States has noticed. In late October, a U.S. guided missile destroyer appeared within 12 nautical miles of a reef. Last month, according to the New York Times, defense secretary Ashton Carter flew to the aircraft carrier Theodore Roosevelt in the South China Sea, to emphasize the U.S. stabilizing presence in the region and to blame China for raising tensions there.

Carpenter said he expects the tribunal to issue a ruling, in six months, that China has violated international law.

"China will simply say, 'We don't accept the ruling,''' Carpenter predicted. "They will lose credibility on the world stage."