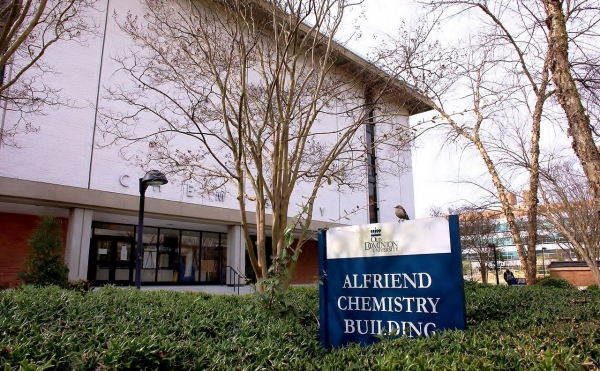 A new life sciences and laboratory facility to be constructed at Old Dominion University is included in Virginia Gov. Terry McAuliffe's proposed 2017-18 budget, it was announced Wednesday.

The facility, which will replace the Alfriend Chemistry Building, is part of a $2.43-billion bond package to support key capital projects that will enhance Virginia's technological research and economic development infrastructure.

Of that $2.43 billion, $849.6 million is earmarked for higher-education research and development across Virginia's four-year institutions, primarily to support research and classroom capacity in STEM-related fields.

"ODU produces the second-most STEM-H graduates in the Commonwealth. Science and technology are critical to Virginia's future. The governor's support is needed and much appreciated."

The chief focus of the bond package is strengthening research and workforce development in high-demand fields at Virginia's institutions of higher education.

"The bond package I will include in my budget will provide funding for targeted projects that will all contribute to our efforts to grow and diversify our Commonwealth's economy," McAuliffe said in remarks at the Virginia Commonwealth University Medical Center. "If we are going to build a new Virginia economy, we must make smart investments in research, higher education, veterans, public safety, tourism and environmental stewardship that will yield returns for decades to come."