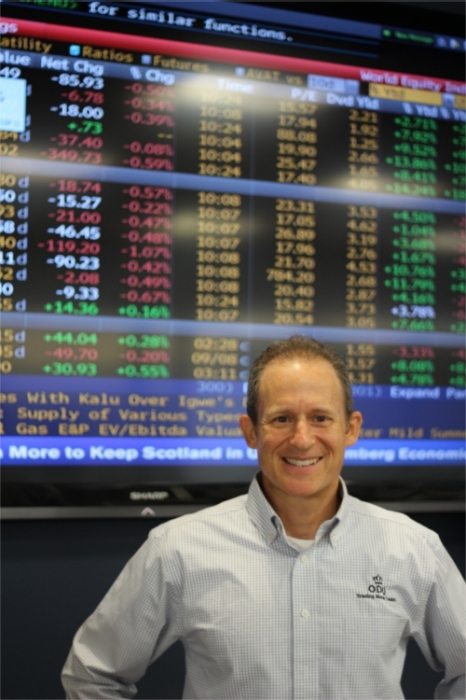 Andrew Cohen tells the students he teaches, as a finance instructor and manager of Old Dominion University's Gregory A. Lumsden Trading Room and Research Lab, to do as he says, not what he did.

At one time a high-flying trader with Bernie Madoff's investment firm in New York City, Cohen was one of the victims who lost his retirement when Madoff defrauded investors of $65 billion in the largest Ponzi scheme in U.S. financial history.

Now in his fourth year at Old Dominion, Cohen warns students about avoiding similar pitfalls in his "Wall Street 101" class.

Cohen will be interviewed by host Sarah McConnell on "With Good Reason," the public radio show created 23 years ago to spotlight the groundbreaking scholarship of Virginia's public universities.

The award-winning program, which airs in more than 50 markets nationwide, is heard on Sundays at 7 a.m. on WHRV-FM in Hampton Roads. Cohen's appearance, part of the program "Jobless and Hopeless," will air Sunday, Nov. 15.

Broadcast times are posted on the "With Good Reason" Website.

Audio files of the full program and its companion news feature will be posted the week of the show.

As manager of the Trading Room, in addition to a finance instructor, Cohen has overseen a large growth in programming through the facility in Constant Hall, which houses 24 state-of-the-art Bloomberg Terminals.

In May, Jon Wheeler, president and CEO of Wheeler Real Estate and Investment Trust (REIT), paid for a trip for the top five students in Cohen's class to Wall Street, where they toured NASDAQ, Bloomberg and other financial giants.

"With Good Reason" is produced by the Charlottesville-based Virginia Foundation for the Humanities. It has twice won the Gabriel Award for Best Documentary/Public Affairs Program. It also is the recipient of top honors from the Virginia Association of Broadcasters and a second-place award in the Public Radio News Directors competition.