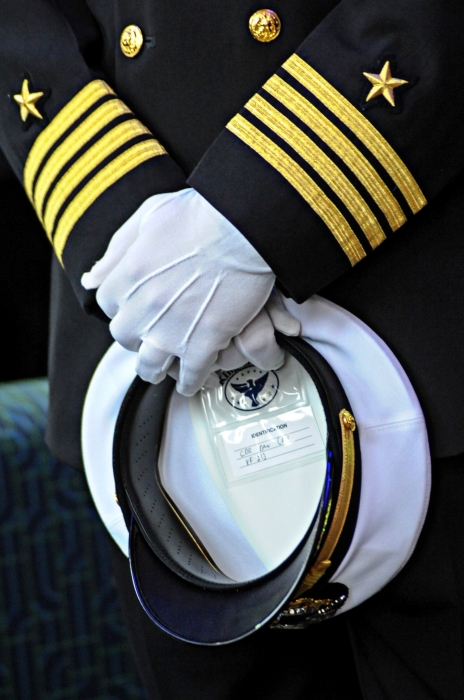 The annual observance is being held at 12:30 p.m. on Kaufman Mall so members of the University's Army and Naval ROTC units can participate during activity hour.

The observance pays tribute to our nation's veterans, but also celebrates the significance of ODU's military partnerships. With close to a quarter of ODU's student body having a direct connection to the military, Veterans Day takes on added significance at the university.

Participants in Tuesday's observance can show their appreciation for our service members by donating individually wrapped candy and snacks for local USO centers and by writing a holiday card for a deployed service member at the letter-writing station.

The Veterans Day observance features Capt. Beaver as guest speaker, but also includes the presentation of colors by the ROTC Color Guard, remarks by Ellen Neufeldt, vice president of Student Engagement and Enrollment Services, a performance of God Bless America and a musical armed forces medley, with a performance of the official songs of America's branches of the military.

Beaver, who has been at Naval Station Norfolk since 2001, assumed command of the base in August, replacing now-retired Capt. Robert E. Clark, Jr.

Naval Station Norfolk supports the United States Fleet Forces Command, operating in the Atlantic Ocean, Mediterranean Sea and Indian Ocean. It is home to dozens of ships, aircraft and 326 tenant commands, according to the Navy.

A native of Honolulu, Hawaii, Beaver graduated from Virginia Tech and was commissioned through the Naval Reserve Officers Training Corps Program in 1991. After initial naval flight officer training, he reported to Carrier Airborne Early Warning Squadron (VAW-120) for training in the E-2C Hawkeye.