Virologist Wolfe to Give Sonenshine Lecture on Infectious Diseases 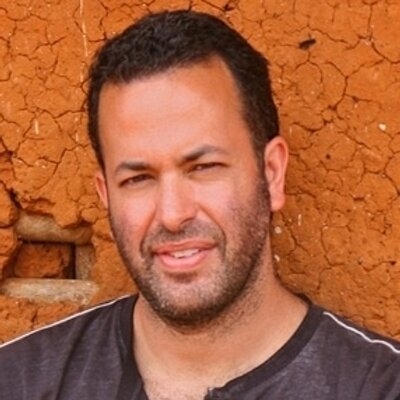 Nathan Wolfe, a visiting professor in human biology at Stanford University and an internationally known virologist, will speak at Old Dominion University on Thursday, Nov. 19, in the Daniel E. and Helen N. Sonenshine Endowed Lecture Series on Infectious Diseases.

Wolfe will present a scientific lecture on "Early Detection and Prevention of Viral Epidemics" at 12:30 p.m. in room 200 of the Oceanography and Physical Sciences Building.

Then at 7:00 that evening, Wolfe will give a public lecture titled, "Before it Strikes," in room 102 of the Mills Godwin Life Sciences Building.

Wolfe studies deadly viruses to detect worldwide disease pandemics. He is president and CEO of Global Viral Forecasting, a non-profit organization promoting understanding, exploration and stewardship of the microbial world.

He also founded and leads Metabiota, which specializes in microbiological research, products and services.

In his work, Wolfe coordinates more than 100 scientists and staff around the world by spotting viruses as soon as they surface. They collect and catalogue blood samples, survey wild animals, scan urban blood banks and document the transfer and distribution of disease.

Data gleaned from sites in Cameroon, China, Malaysia and other countries have led to the discovery of a number of previously unknown infectious agents.

Wolfe also is the author of "The Viral Storm: The Dawn of a New Pandemic Age," which discusses how viruses and humans have evolved side by side through history; the devastation caused by deadly viruses such as HIV, swine flu and bird flu; and why modern life has made humans vulnerable to the threat of global pandemic.

TIME magazine included Wolfe in its 2011 TIME 100, as one of the hundred most influential people in the world. Wolfe has received a Fulbright fellowship and the National Institutes of Health Director's Pioneer Award. He is a World Economic Forum Young Global Leader, as well as a National Geographic Emerging Explorer.

The author of dozens of scientific articles, Wolfe has had his work and writing published or covered by Nature, Science, the New York Times, the Economist, NPR, The New Yorker and Forbes.

Daniel Sonenshine, an ODU Professor Emeritus and Eminent Scholar of biological sciences, is one of the world's leading authorities on ticks and tick-borne diseases. He joined the ODU faculty in 1961, and since his retirement in 2002 has remained active in research.

In addition to the infectious diseases lecture series, he and his wife, Helen, endowed the Sonenshine Lecture Series in Jewish Studies at ODU.

Free parking for the Thursday night lecture is available on the third and fourth floors of Garage B on West 43rd St.