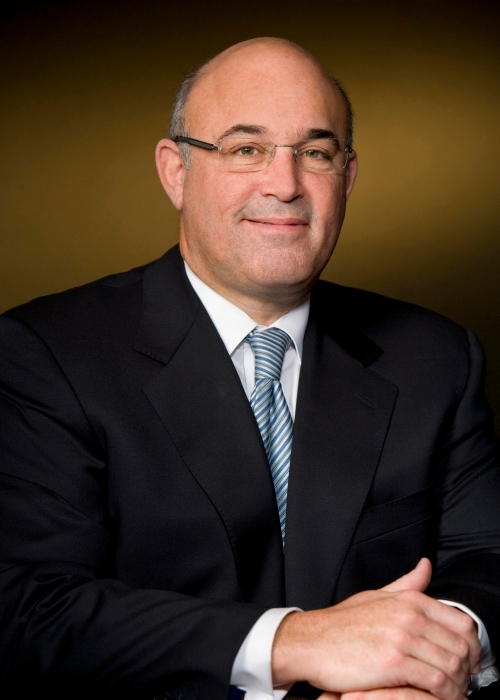 Becker's Hospital Review has recognized Old Dominion University graduate Kenneth A. Samet, a former member of the University's Board of Visitors, as one of America's top executives of nonprofit healthcare organizations.

Samet, who received his bachelor's degree in business administration from ODU in 1980, is president and CEO of MedStar Health, a $4.6-billion nonprofit healthcare system in the Baltimore-Washington D.C. metro area.

"The men and women on this list lead some of the largest, most successful and prominent nonprofit healthcare organizations in the country," Becker's said in its announcement. "They have overseen financial turnarounds, shown commitment to their community through memberships and governance involvement with various organizations, and helped advance the healthcare industry as a whole through their advocacy and professional efforts."

Samet, honored with the University's distinguished alumni award in 1995, provides strategic oversight and management for MedStar's 10 hospitals and a comprehensive network of health-related research, ambulatory, home-health businesses and a multispecialty physician network.

Samet served as president and chief operating officer of MedStar Health from 2003-2008, and was responsible for all aspects of system-wide operations. Samet served as president of MedStar Washington Hospital Center, one of the nation's largest tertiary care hospitals, in Washington from 1990 to 2000. From the mid-1980s to 1990, Samet held a variety of leadership positions with the Medlantic Healthcare Group, which merged with Helix Health in 1998 to create MedStar Health.

Samet is a member of the board of directors at Georgetown University, the Greater Baltimore Committee, the Economic Club of Washington, United Way of the National Capital Area, and Goodwill of Greater Washington. He also serves on the executive committees of the Greater Washington Board of Trade and the Federal City Council.

Samet delivered the commencement address to Old Dominion's graduating class in 2012. In 2013 and 2014, he was included on the Power100 list by the Washington Business Journal.