From Medicine to Music, the Pathology of a Career Change 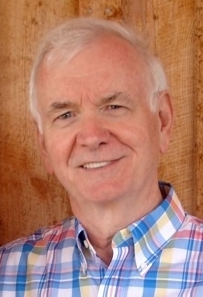 Richard Moriarty heard music as he walked the halls of Sentara Norfolk General Hospital as chief pathologist and director of clinical labs.

In his head, melodies soared and rhythms pounded. Moriarty ached to bring them out, give them life, to commit them to transcription, orchestration and voice.

He didn't have the first clue about how to do it.

More than a decade ago, Moriarty planned to retire from Sentara and his teaching position at Eastern Virginia Medical School in order to learn how to compose music. But before he took such a bold leap, Moriarty arranged, as a bit of a test, to study privately with ODU's Lee Teply, the music theorist and historian who died last year.

From Teply, Moriarty learned basic techniques - but also that he indeed had the soul of a composer. So he went all in, enrolling as a full-time ODU music student at age 59.

"I was at the top of my game at Sentara," Moriarty said. "I loved my job and my career. But I realized if I wanted to do this, I had to do it."

Ten years later, with bachelor's and master's degrees in composition to his credit, Moriarty, now 69, is admired as a creator of intricate and interesting music.

His talent - and two of his compositions - will be on public display Nov. 22 at 7 p.m., at Christ and St. Luke's Episcopal Church, in Norfolk.

Moriarty's "Adsum! Celebrating Women in the Church," a nine-movement English/Latin mass, will be performed by the ODU Concert Choir, conducted by professor Nancy Klein, and the local non-profit Schola Cantorum of Virginia.

Also on the program is "We That Wait," Moriarty's song cycle based on women's poems from the Civil War era. Redmon will sing accompanied by pianist Stephen Coxe, an adjunct instructor at ODU.

ODU faculty and students will record the performances to help achieve Moriarty's ultimate goal: to have his works performed by the Virginia Symphony.

Moriarty has supplied JoAnn Falletta, music director of the Virginia Symphony, with full orchestral scores of both pieces. Falletta agreed to do them, Moriarty said, if he could raise $60,000 to underwrite the performances.

He hasn't been able to do so. But Moriarty said Falletta and Virginia Arts executive director Rob Cross have offered to publicize the Nov. 22 performance and to invite potential sponsors.

"Rich is amazing," Klein said. "I always point to him as an example as someone with no formal training, but an incredible passion and knowledge that there was all of this music inside of him that had to be released.

"I tell the 18-year-olds, if this 60-some guy can do this, you certainly can do it," Klein continued. "You just have to persevere. If the talent and the will are there, then it will come to pass."

Before he came to study at ODU, Moriarty had only basic piano skills and couldn't read music. And yet, he said, "I always wanted to write music. I knew I had ideas and melodies. The question was could I transfer it?"

Moriarty polished his skills by taking every class taught by ODU professor and Eminent Scholar Adolphus Hailstork. That association with Hailstork led Moriarty to a rare chance to study in New York City with Richard Danielpour, an acclaimed composer and musical mentor.

Complex music now springs forth from Moriarty that he is able to expertly transcribe with full orchestration, Klein said.

"Rich's writing at times is very Bernstein-like," she said, describing frequent use of dissonance, mixed meter and challenging rhythms. "He's written a lot of compositions, but "Adsum!" is by far the most extensive work that he's ever done. It's an entire mass, nine movements. It's a major, major work."

Moriarty still finds time to keep his hand in science at ODU. Formerly the medical director of ODU's College of Health Sciences, Moriarty helps Emilia Oleszak, of ODU's department of biological sciences, teach a class in histology, the study of tissues.

"I started from scratch, I've worked hard," said Moriarty, who attended medical school at the University of Massachusetts and came to Norfolk while in the Navy. "I can look at a line now and I can hear it. And that's really quite joyous for me."