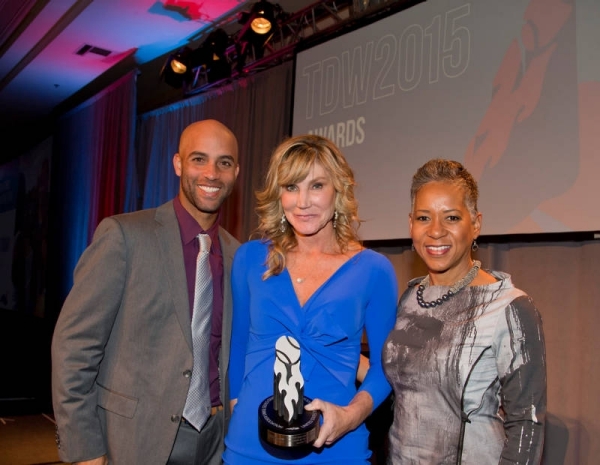 Jennifer Toomy, the head tennis professional at the Folkes/Stevens Indoor Tennis Complex at Old Dominion University, was recently selected as the recipient of the Janet Louer USTA Junior Team Tennis National Organizer of the Year Award. She was honored at an awards banquet involving more than 600 community tennis leaders during the annual USTA Tennis Development Workshop, Nov. 5-7, at the Sheraton San Diego.

Toomy currently works with the Norfolk Tennis Association and also is the Junior Team Tennis (JTT) coordinator for Hampton Roads. She was the director of junior development and resident tennis professional at the Boars Head Sports Club in Charlottesville, Va., in 1993. As she continued to encourage juniors to play tennis, she created the first JTT league in Ocala, Fla., in 2007-2009.

"The tremendous progress and growth of junior tennis in Virginia is a testament to Jennifer's dedication and commitment to kids and tennis," said Kurt Kamperman, chief executive of Community Tennis, USTA. "We applaud her efforts and are proud to recognize her with this honor."

In addition to coordinating JTT, Toomy volunteers at local schools teaching tennis to students during physical education classes and after-school programs. She also continues to promote the sport by running many different USTA Play Days throughout the year.

The USTA annually awards the Janet Louer USTA Junior Team Tennis National Organizer of the Year Award to an individual who positively influences children's lives and substantially impacts their community. The award is named after Janet Louer, who was instrumental in the development of junior tennis during her lifetime.

USTA Junior Team Tennis emphasizes the benefits of tennis, including teamwork and fitness for players of various ages and skill levels. A competitive, multi-week program,

For information on becoming a member at the Folkes/Stevens Indoor Tennis Center, click here.