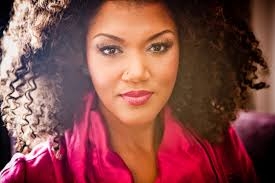 The performance, part of the Diehn Concert Series, begins at 8 p.m.

Brueggergosman is a concert and operatic artist who performs around the world, including at the opening ceremonies of the 2010 Vancouver Winter Olympics and Paralympics.

She has given solo recitals at Wigmore Hall, Roy Thomson Hall, Carnegie Hall, the Kennedy Center and the Palais des Beaux-Arts. Brueggergosman has sung for Queen Elizabeth II and other royalty, as well as for Nelson Mandela and Kofi Annan.

Her first recording, "Surprise," was released in 2007 and garnered a Juno Award for Classical Album of the Year. She is touring with collaborative pianist Justus Zeyen.

The San Francisco Chronicle has called Brueggergosman "a singer of rare gifts and artistic intensity," and the Miami Herald has written that Brueggergosman is "a superb voice capable of just about everything."

Tickets are $15 for the general public; $10 for students; and can be purchased at ODUArtsTix.com.

Free parking is available in Garage E on Bluestone Ave.

Brueggergosman also will conduct a master class that is free and open to the public on Tuesday, Nov. 17 at 12:30 p.m. at the Chandler Recital Hall.