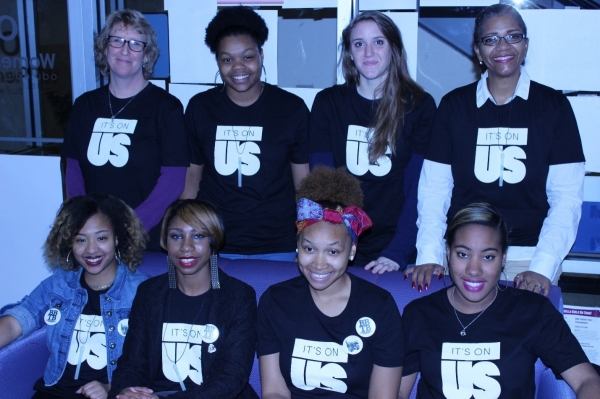 A rally to mark the one-year anniversary of Old Dominion University's student involvement in the White House's "It's on Us" campaign will be held Friday, Nov. 20 on Kaufman Mall at 7 p.m.

The goal of "It's on Us" is to combat sexual assault through a four-pronged personal pledge:

to identify where sexual assault may occur; to intervene where consent has not been given; and

to create an environment in which survivors of sexual assault are supported.

At last year's "Big Blue Take Back" rally, 300 representatives of the University's athletic teams, fraternities and sororities, honor societies and arts organizations took the "It's on Us" pledge.

Organizers hope to exceed last year's total and sign up 1,200 more ODU students at the "It's on Us" website by the end of the academic year.

The rally is organized by ODU VOX, the Theta Chi chapter of Sigma Gamma Rho sorority, the Student Government Association and fraternity and sorority life.