Survey Shows Flooding a Concern for Most Residents of Hampton Roads 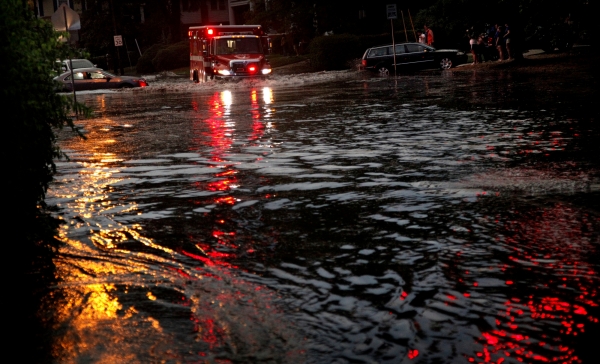 The telephone survey of nearly 900 residents throughout the region shows 58.5 percent are "very concerned" or "somewhat concerned" about flooding in the region.

In all, 82.9 percent of respondents believe local flooding has stayed the same or increased over the last 30 years, according to the data.

Also, 80.2 percent believe sea levels will rise over the next 25 years.

The percentage (28.4) of Hampton Roads' respondents reporting that recurring flooding is a problem in their neighborhood is the highest since 2013.

The report goes on to show that more than half of respondents (57.6 percent) believe flooding due to sea-level rise is likely to negatively impact them in the future, although just 37.4 percent of homeowners said they have flood insurance.

Additionally, only 47.9 percent said they believe their city is doing enough to address flooding.

Old Dominion University is home to the White House pilot project on sea-level rise, as well as the Mitigation and Adaption Research Institute on climate change and sea-level rise.