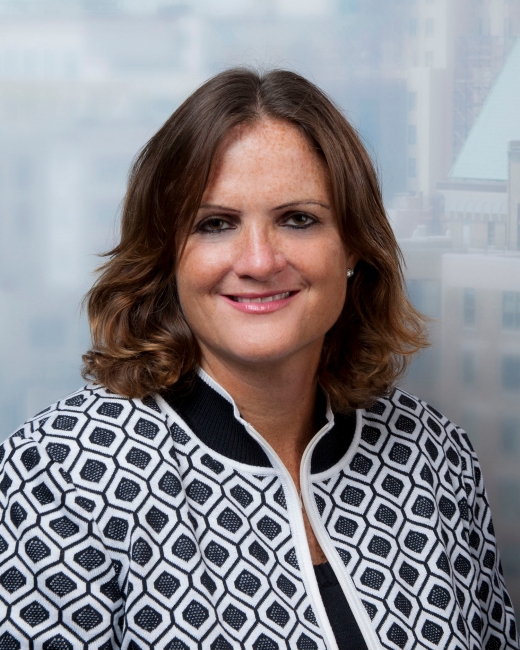 The first Strome College of Business Landmark Executive-in-Residence speaker of the 2015-16 academic year has strong ties to Old Dominion University, and has gone on to a 20-year career in the financial services industry.

Jennifer Fitzgibbon, who has industry experience across banking and capital markets, will speak Tuesday, Oct. 27 in Constant Hall Room 1002. The free event runs from 12:30-1:20 p.m. Pizza and beverages will be provided.

Fitzgibbon is currently a principal with Ernst & Young's Financial Services Risk Management practice. She recently joined the company after serving as treasurer of the U.S. Investment Bank for Royal Bank of Scotland.

At Old Dominion, Fitzgibbon was a member of the University's inaugural Honors Program (now Honors College) in 1985. She graduated in 1989 with a B.S. in Psychology, and was active on campus as a member of the Women's Tennis Team and Chi Omega sorority.

Fitzgibbon later returned to campus to pursue her B.S. in Mechanical Engineering (emphasis in Aerospace Engineering) which she received in 1992. She then spent two years as an aerospace design engineer for the Boeing Defense and Space Group, before leaving the industry to pursue a career in global banking and finance.

In addition to her degrees from Old Dominion, Fitzgibbon also earned an M.B.A. in Finance from the Stern School of Business at New York University.

Established in 2001, the Landmark Executive-in-Residence program is funded by an endowment from a group of former Landmark Communications executives in honor of Frank Batten Sr., former chairman of the executive committee of the Landmark board and first rector of the ODU Board of Visitors.

The program is dedicated to bringing accomplished business leaders, many of whom are ODU alumni, to campus to share their history and vision, giving students the opportunity to learn firsthand about the strategies and experiences that forge great ethical global leaders.