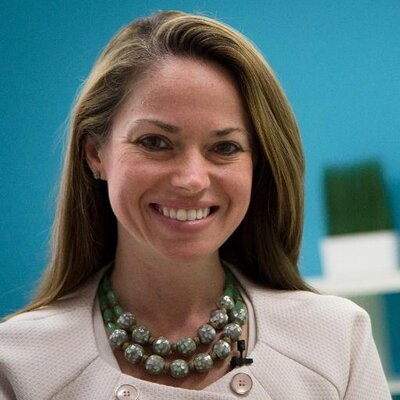 Old Dominion University's entrepreneurial initiative continues to gain steam on campus with recent announcement of a partnership with Venture Hive to license its innovative entrepreneurial education program for use in the Strome Entrepreneurial Center.

Susan Amat, an internationally known academic entrepreneur, was on the ODU campus in late August to give entrepreneurship lectures to more than 100 incoming freshmen with Jim Lant, interim director of the Strome Entrepreneurial Center.

"We are fortunate to partner with Venture Hive," Lant said. "Their educational platform and program resources are world class. Having use of the Venture Hive system gives the Strome Entrepreneurial Center a quick start to success."

Lant said Amat and her staff will be invaluable as the Strome Entrepreneurial Center prepares for its formal opening in late September.

The center was made possible largely through a major gift by Mark and Tammy Strome, designed to foster a campus-wide entrepreneurial culture.

Mark Strome, a 1978 ODU graduate in civil engineering, is chief investment officer for the Strome Group and Strome Investment Management LP. The Strome Family Foundation, led by Mark and Tammy Strome, of Pacific Palisades, Calif., has pledged $11 million to ODU in support of a new, multipronged program to nurture business entrepreneurs.

Susan Amat is the founder of Venture Hive. A serial entrepreneur, she built businesses in the entertainment industry for over a decade, including the first magazine in CD-ROM format and a national television show.

While teaching at the University of Miami, Amat founded The Launch Pad, which was considered the top model in entrepreneurship education. Her program and platform was replicated throughout the United States as Blackstone LaunchPads. Venture Hive is the next generation program, allowing students and adult entrepreneurs access to world-class content and a global network of collaborators.

Venture Hive has supported entrepreneurs and startups from more than 50 countries through accelerator programs and partnerships with the U.S. State Department, U.S. Aid and the World Bank. Based in Miami, Venture Hive acts as a laboratory to support the creation of educational content and documentation of best practices to build world-class entrepreneurs.

Opened in January, 2013, it offers solutions for governments, institutions and communities to create entrepreneurial ecosystems based on sound educational and economic development principles at the K-12, university and accelerator levels. For more information, visit the Venture Hive website.