Visiting Experts Relate Ups and Downs of the Entrepreneurial Life 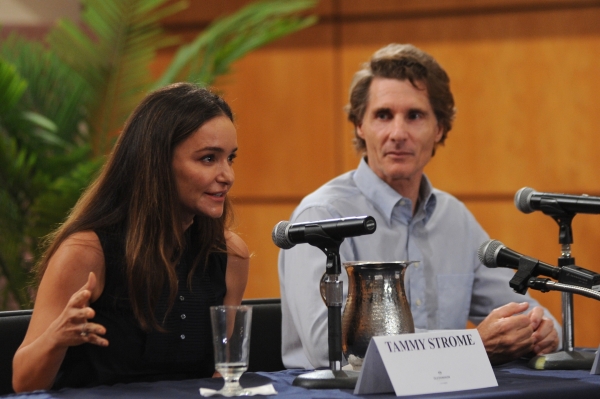 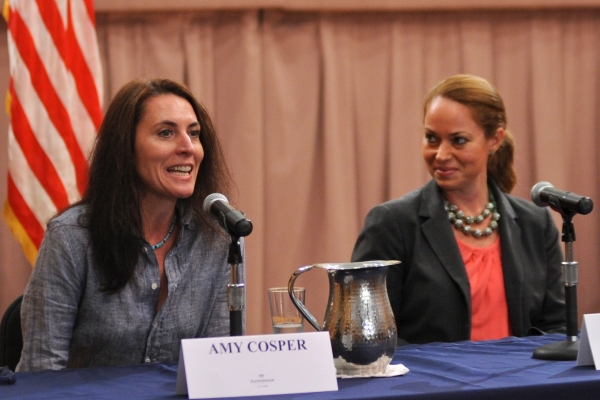 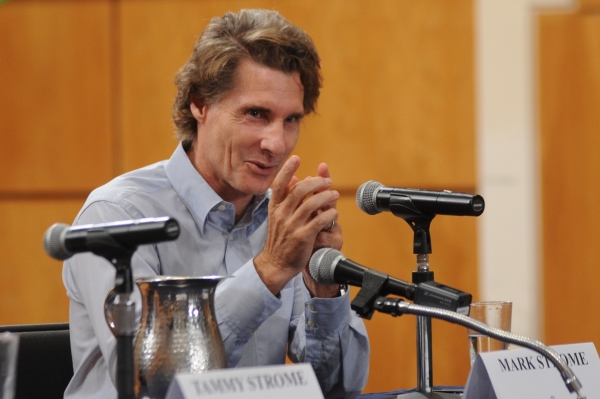 An audience of about 250, most of them students who raised their hands to declare that they plan someday to start a business, were told by a panel of entrepreneurs at Old Dominion University on Thursday that their paths to success are likely to be winding and riddled with potholes.

"I've stumbled through life," admitted Mark Strome, the California investment manager, who together with his wife, Tammy, and the Strome Family Foundation gave $11 million to ODU last year to promote entrepreneurship education. "But I was lucky enough to stumble into a business that was my calling - investment management and raising capital." The bottom line of his message was to understand that "the best-laid plans of mice and men don't always come true" and stick with your dreams until you find your true business self.

Mark Strome was on the panel, together with his wife, Tammy, a clinical psychologist and social-program entrepreneur; Susan Amat, founder of Venture Hive, which recently licensed its innovative entrepreneurial education program to ODU; and Amy Cosper, editor of Entrepreneur Magazine.

Entrepreneurship "starts with innovation," Tammy Strome said, and the panel generally agreed that strengths they look for in entrepreneurs involve problem-solving, critical thinking, communicating and tenacity.

As might be expected, the form that entrepreneurship education should take was a prime topic at the panel discussion.

Mark Strome said he believes the university experience is the place for students to find themselves, or, as his wife put it, find the bliss that they want to follow. The academic experience should also teach students the basics formalities about starting and running a business, the panelists said.

But all said the typical entrepreneur is not necessarily the "A" student who follows all the rules, and many of them are not business majors.

Amat described herself as a "lifelong entrepreneur and troublemaker." She dropped out of school to start a music business at 15 and for a decade was involved in several business ventures before she started her university experience. "There are so many failures I can share with you," she said.

"A professor can't tell students failure is okay in the classroom. That's what the (Strome Entrepreneurial) Center is for," Amat added. Students from any of the university's colleges can explore entrepreneurial dreams at the center, get help with business ideas, get information about internships, and so forth.

Cosper said she "burned through some cash" in business failures before she found her calling in entrepreneurship publishing. But she said she feels lucky now to "everyday be talking to people who are changing the world. These entrepreneurs are restoring my faith in humanity."

Another theme that ran through the remarks was advice to the young entrepreneur to be resourceful and capable of taking on a lot of responsibilities that they can't delegate, at least not soon after a business is launched.

"When you start a business, networking is intense and important," Amat said. "But it's also the loneliest thing in the world. You really do have to do everything yourself, be inspirational when stuff is not working."

Mark Strome said his dairy farmer father could do every chore on the farm. "I learned from a father who could do anything and everything, from building barns to fixing the electricity. I watched and learned from that, and that was good because an entrepreneur has to be able to do everything from making copies to making the coffee. I did that and it gave me perspective later on how to delegate."

Cosper said ODU entrepreneurial initiative can have a great economic and social impact on Hampton Roads, similar to one she has witnessed involving the University of Colorado and the city of Boulder. "The relationship of the university to community and the potential of the community are essential. It can change the character of industries and people attracted to a city." With the entrepreneurial outreach of the University of Colorado, she added, "money is flowing into Boulder."

But Cosper said the economic awakening ODU can inspire locally must be "authentic," must leverage business and technology strengths that are logical for the region to emphasize.

Mark Strome said he was reading an article in Economist magazine on the plane to Norfolk and saw that the maritime shipping container was billed as the most important invention of the last 100 years. "We could have done that here," he said.

The panel was held as part of a week of celebration of entrepreneurship at Old Dominion University.

Later Thursday, the Strome Entrepreneurial Center was to be dedicated in a ceremony on Kaufman Mall. Also on Thursday, President's Lecture Speaker Amy Cosper, the editor-in-chief of Entrepreneur Magazine, was to address campus.

The week's events has also included the dedication of Monarch Physical Therapy, an outreach enterprise of the College of Health Sciences; a panel with participants in the ABC show "Shark Tank;" and Friday's renaming ceremony for the Strome College of Business.

Today's Strome Entrepreneurial Center event included the induction of the inaugural class in the ODU Entrepreneurial Hall of Fame, four dynamic entrepreneurs - three of whom graduated from Old Dominion University.