Researcher Focusing on HIV Prevention for Women Is Sonenshine Lecturer 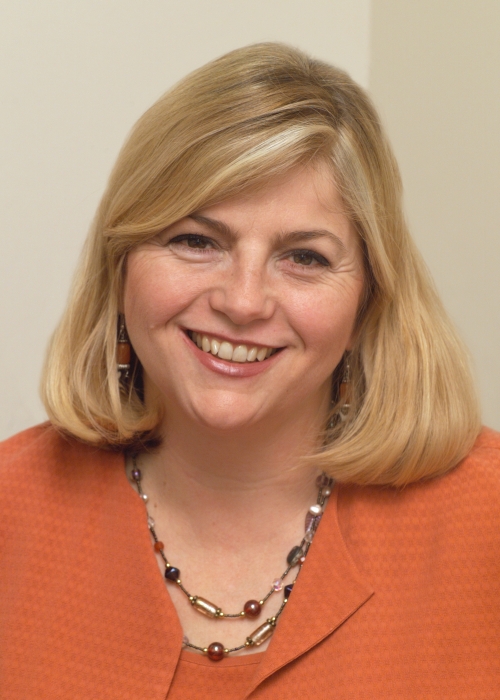 Sharon L. Hillier, a medical researcher who has led international studies of HIV prevention strategies for women, will be the speaker at Old Dominion University Tuesday, Oct. 7, in the Daniel E. and Helen N. Sonenshine Endowed Lecture Series on Infectious Diseases.

This public lecture, "HIV Prevention: The Global Epidemic and How Microbicides Could Protect Women from Infection," will be at 7:30 p.m. in the first floor auditorium of the E.V. Williams Engineering and Computational Sciences Building.

Hillier is the Richard Sweet Endowed Chair in Reproductive Infectious Disease and vice chair in the Department of Obstetrics, Gynecology and Reproductive Sciences at the University of Pittsburgh School of Medicine.

She has taken the innovative path as a microbiology researcher to investigate how the vaginal microenvironment influences susceptibility to sexually transmitted infections including HIV.

Since 2006, she has directed the clinical Microbicide Trials Network, which includes an international team of investigators and community and industry partners from seven countries and three continents and is funded by the National Institutes of Health (NIH) to conduct HIV prevention studies in men and women on four continents.

Hillier served as chair of the NIH Office of AIDS Research (OAR) Advisory Council, advising the U.S. secretary of health and human services, the director of NIH and the director of OAR on AIDS research programs.

In her laboratory, Hillier's research has focused on understanding both the preventive and causative roles that certain microorganisms in the vagina have with respect to genital tract infections, sexually transmitted infections (STIs), including HIV, and pre-term birth; and on the evaluation of vaginal microbicides for prevention of STIs in women.

Her work was recognized in 2007 with the Award for Outstanding Contributions to the Field of Infectious Diseases in Obstetrics and Gynecology from the Infectious Diseases Society for Obstetrics and Gynecology. Other honors she has received include the 1996 Achievement Award from the American Sexually Transmitted Disease Association in recognition of outstanding contributions toward the control of sexually transmitted diseases. She also has been honored as invited speaker for the NIH Director's Lecture Series and the U.S. Centers for Disease Control Distinguished Lecture Series, and has delivered presentations on the development of topical microbicides for the prevention of HIV to the Biomedical Science Caucus of the U.S. Congress.

Hillier will have the added opportunity with the Sonenshine Lecture Series support to deliver a specialized scientific lecture at 12:30 p.m. Oct. 7, also in the Engineering and Computational Sciences Building auditorium. Her scientific lecture topic will be "Topical Antiretrovirals for the Prevention of HIV in Women."

Daniel Sonenshine, an ODU professor emeritus and Eminent Scholar of biological sciences, is one of the world's leading authorities on ticks and tick-borne diseases. He joined the ODU faculty in 1961, and since his retirement in 2002 has remained active in research.

In 2008, he received the American Society of Tropical Medicine and Hygiene's Hoogstraal Medal for outstanding lifelong service internationally in medical entomology. Sonenshine was inducted as a fellow of the Entomological Society of America in 2010.

Perhaps the crowning achievement of Sonenshine's career is his authorship of the two-volume text, "The Biology of Ticks." The first volume was published in 1991 and the second in 1993 by Oxford University Press. With a total of 914 pages, the work covers all aspects of the biology, morphology, systematics, physiology, biochemistry, ecology, disease relationships and control of ticks. The monumental work helped him win Virginia's Outstanding Scientist Award in 1994.

This was followed in 2014 with a second edition of this two-volume test, this time as an edited book (Sonenshine and Roe, R.M., editors) also by Oxford University Press.

In addition to the infectious diseases lecture series, he and his wife, Helen, endowed the Sonenshine Lecture Series in Jewish Studies at ODU.