Threatened Corals Get Protection Thanks to ODU Scientists 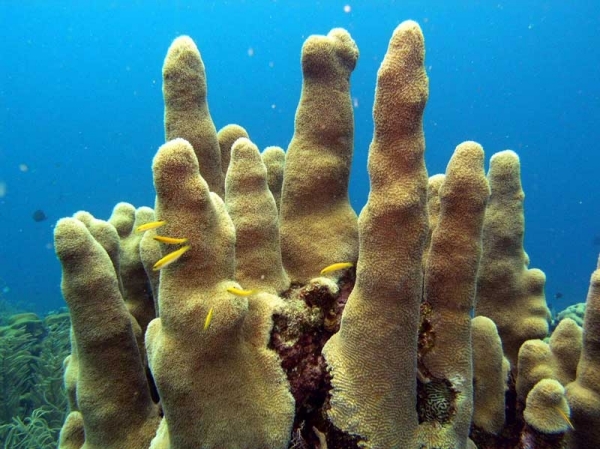 Pillar corals in the Caribbean have been designated as 'threatened.' 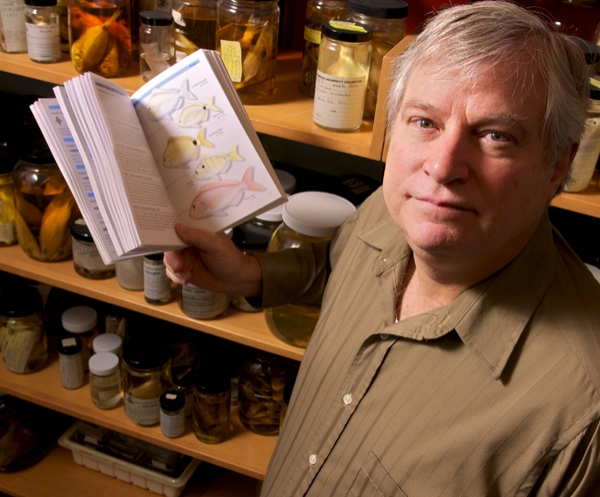 A study led by Old Dominion University marine biologist Kent Carpenter has been credited with influencing the decision by the National Oceanic and Atmospheric Administration (NOAA) in August to list 20 corals as "threatened" under the Endangered Species Act (ESA).

Carpenter directs the Global Marine Species Assessment (GMSA) organization that is headquartered at ODU. The GMSA reported in Science magazine in 2008 that climate change and environmental degradation were threatening a third of the world's reef-building corals with extinction.

The International Union for Conservation of Nature (IUCN) and ODU partner to run the GMSA. The IUCN also maintains the Red List of Threatened Species, to which the GMSA contributed its coral species assessment.

Carpenter, who is a professor of biological sciences at ODU, said in an interview in 2008 just after the GMSA reported its findings, "The results of this study are very disconcerting. When corals die off, so do the other plants and animals that depend on coral reefs for food and shelter, and this can lead to the collapse of entire ecosystems."

Coral reefs in shallow tropical and subtropical seas have built up over millions of years and are home to more than a quarter of marine species. In fact, the reefs are the most biologically diverse of marine ecosystems.

But corals have been shown to be highly sensitive to changes in their environment. The GMSA study points to localized stresses such as those that result from destructive fishing, sediment runoff and pollution. The warning mounts, however, when the scientists add in the fallout from climate change, which can cause rising water temperatures, more intense solar radiation and, potentially, ocean acidification. Coral bleaching and disease brought on by these conditions often brings mass coral mortality, the report says.

The GMSA findings in 2008 resulted in the IUCN putting coral species around the globe on its Red List, which is advisory to jurisdictions but has no legal enforcement behind it.

After identifying 83 of these Red List endangered species that occur in United States waters, the non-profit conservation organization Center for Biological Diversity petitioned the U.S. government in 2009 to give protection to each of these corals under the ESA.

Carpenter noted this week that a scientist for the Center for Biological Diversity reported to a group of coral biologists: "We selected the 83 corals based on (1) their designation as vulnerable, endangered, or critically endangered by the IUCN based on the analysis by Kent Carpenter and co-authors, summarized in their 2008 Science (magazine) paper, (2) their occurrence in U.S. waters where ESA protections can provide the most benefit, and (3) studies indicating that they are declining and/or particularly vulnerable to threats. We wrote and submitted a 198-page scientific petition in 2009 that cited more than 200 scientific studies."

NOAA Fisheries scientists did an intensive analysis of the petition and recommended in 2012 that 66 of the 83 species be granted ESA protection. The final NOAA decision to ultimately list 20 species was released in August.

In the interview this week, Carpenter said he could not argue with the scientific basis cited by NOAA Fisheries for trimming the protected corals list from 83 to 66 species. "I believe that based on new information presented by the panel of very, very credible experts that the ones that were not recommended should not have been recommended," he said.

And while he said he was disappointed by the decision to trim the list further down to 20, Carpenter added, "I think the fact that 20 were eventually listed is real progress because real conservation action came indirectly from the IUCN Red List process."

NOAA's public announcement of the new listings said the list was trimmed down to 20 for two reasons:

Prior to August of this year, only two coral species were listed as "threatened" ("endangered" listings provide for the most strenuous protective measures), so the 20 additional listings represent a significant step, Carpenter said.

Most of the species now listed as "threatened" under the ESA are in Pacific waters near Guam, American Samoa and the Commonwealth of Northern Mariana Islands. Seven species are closer to the contiguous United States (none are in waters near Hawaii) in Caribbean waters.

Under the ESA, "threatened" species are the subject of educational conservation programs, direct conservation projects and rules issued to federal agencies such as the military to minimize actions that may affect the health of the listed corals.

The GMSA, from its facilities on the ODU campus, is coordinating assessments not only on corals, but also on seagrasses and mangroves that are important habitat-forming species, as well as on all marine fishes and some keystone invertebrates.