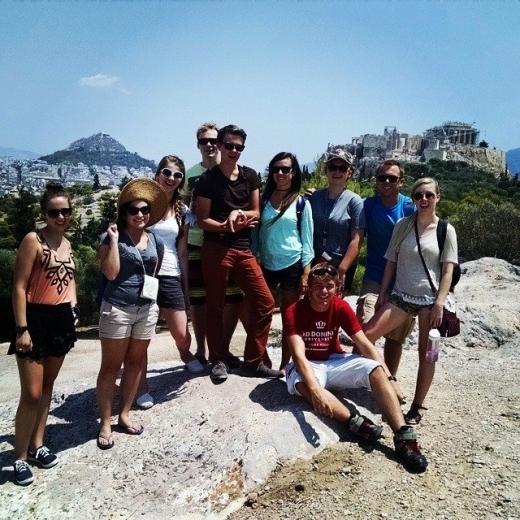 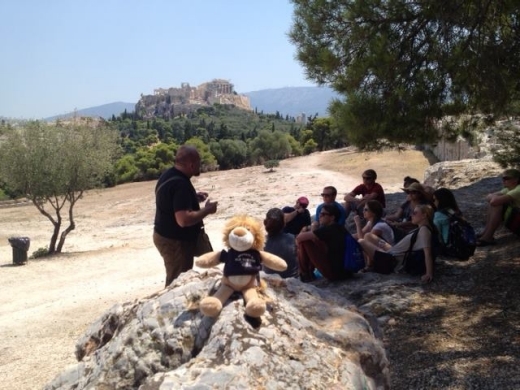 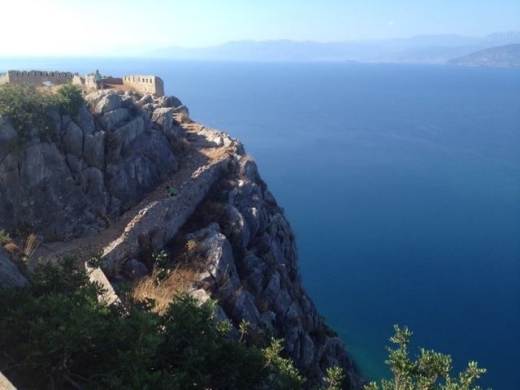 A group of 10 incoming Old Dominion University freshmen explored Greece this summer as part of a new study abroad program that is rare among higher education institutions nationwide and a first in Virginia.

The inaugural "Greece First Year Experience" study abroad program took place from July 26 to Aug. 13, 2014. It was comprised of three days of orientation at ODU followed by 16 days in Athens and various other areas around the Peloponnese peninsula and Gulf of Corinth. Students earned four geology credits and three art history credits during the trip.

The launch of the program makes ODU the only institution in Virginia, and one of only a couple dozen nationwide, to develop a study-abroad experience specifically for first-year students. The program received significant support through financial contributions made by the Dragas family, the Office of Study Abroad and the College of Arts and Letters, through the Hellenic Foundation.

"What a blessing for our students," said ODU President John R. Broderick, during remarks at a reception for the students on Sept. 10 at the Barry M. Kornblau Alumni Center. "Statistics show there is a higher success rate among students who study abroad."

During the reception, Marcelo Siles, executive director of the Office of International Programs, noted that ODU is "celebrating a big accomplishment. We're very proud of it."

To the study abroad students, who matriculated into ODU this semester, Charles Wilson, dean of the College of Arts and Letters, said: "It's very courageous to sign up to study abroad with an institution you hadn't started at yet. Nothing trumps international travel."

Chris Platsoucas, dean of the College of Sciences, and a native of Greece, added that the program provides students a unique perspective.

"We live in a global world," he said. "It is very important for our students to see different places."

Wojtowicz and Matthews told the assembled crowd how the Greece trip's genesis occurred in front of the Subway counter at the Webb Student Center. It was there that the professors hatched the idea of marrying Geology and the arts in a study abroad program that focused on how the land shaped the people and how the people shaped the land.

"We couldn't have imagined how amazing it would turn out," Wojtowicz said.

During the event, the students shared a group presentation that walked those in attendance through some of their cultural experiences, landmarks visited and lessons learned, both academic and personal.

In discussing "Meanders," the decorative motifs used in the ancient Greece to tell epic stories, student Matthew Rondon said, "The trip was nothing but a Meander to me. Even though I'm back in the states, my mind wanders back to Greece. I'm missing it."

In her portion of the presentation, student Sean Brooks explored the concept of balance in civilization, art and education and told of a night out where the group was taught a traditional Greek dance by their servers at a restaurant.

"The fun taught me as much as the actual education part," she said.