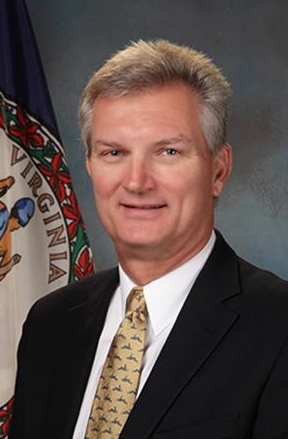 Aubrey Layne, Secretary of Transportation for the Commonwealth of Virginia and Old Dominion University M.B.A. alumnus, will kick off the Economics Club of Hampton Roads speaker series for 2014-15, with an address on Wednesday, Sept. 24.

The Economics Club, sponsored by Old Dominion University's Strome College of Business, attracts world class speakers in business-related fields to speak to an audience of local business and academic leaders. Layne's address will be held at noon on Sept. 24 at the Norfolk Marriott Waterside.

The event is free for members of the Economics Club of Hampton Roads, and $40 for non-members. For registration, see: http://econclub9-24-14luncheon.eventbrite.com.

Layne's address is only the first of a handful of compelling events that will be hosted by the Economics Club this academic year. Other speakers lined up to appear in Norfolk include:

Layne, a Virginia Beach resident who received his M.B.A. with a concentration in international business, was appointed Transportation Secretary in November, 2013, and sworn into office in January, 2014.

As Secretary, Layne oversees seven agencies with over 10,000 employees and combined budgets of more than $5 billion. Prior to his appointment, he represented the Hampton Roads area on the Commonwealth Transportation Board from 2009 until January 2014.

Layne most recently served as President of An Achievable Dream Academy in Newport News, a unique partnership between public schools and the local business community providing at-risk students opportunities to succeed.

Prior to joining An Achievable Dream, Layne was president and principal broker of Great Atlantic Properties. He joined the company in 1994 and was responsible for operational activities, new business acquisition and capital improvement strategy.

Before joining Great Atlantic, he held various positions at Hofheimer's Inc., and ended his tenure there as president. Layne began his career as a Certified Public Accountant with KPMG.

The Economics Club of Hampton Roads is an organization for business and government executives and community leaders who share an interest in the practical implications of economic principles, trends and events. It was established in 1991 as a community service by former ODU President James V. Koch, and is administered by Vinod Agarwal, interim dean of the Strome College of Business, under the supervision of an elected board.