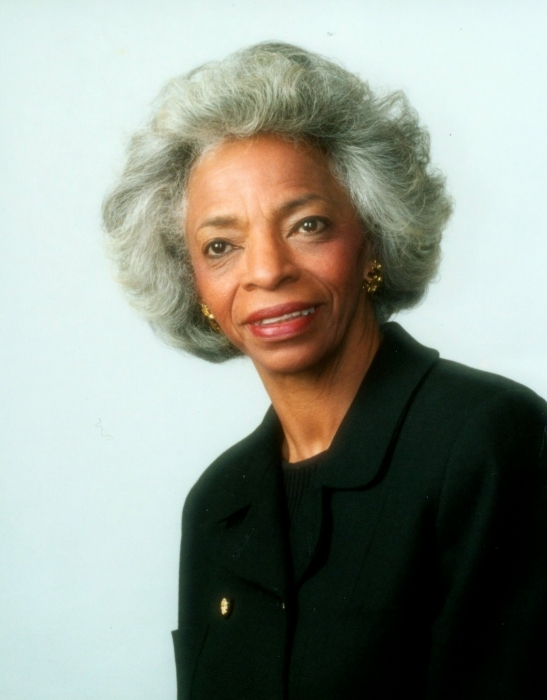 Cecelia Tucker, Old Dominion University's assistant to the president for community relations, was recently selected by the New Journal & Guide as an honoree in its first "Impacting Lives" program, which is being held in conjunction with the Norfolk newspaper's 114th anniversary commemoration.

The program recognizes people and organizations that have made significant impacts on the residents of Hampton Roads and/or beyond for more than one generation. It will take place on Oct. 25, from 9 a.m. to noon, at the Murray Center's Taste and See Banquet Hall on Brambleton Avenue in Norfolk, according to a notification letter written to Tucker by Brenda H. Andrews, the New Journal & Guide's publisher and president.

"The achievements of our honorees support the upliftment and empowerment of the African- American community in like manner of the newspaper's legacy and history," Andrews wrote. "Thank you for all you have done through the years to make a positive impact on the lives of people of goodwill."

Tucker joined ODU in 1991 and has undertaken a wide variety of community relations activities for the university, especially for and with the minority and African-American communities of Hampton Roads. These activities include liaison with community groups; alumni relations; government relations; student, faculty and staff recruitment; working to improve the campus climate and civility; public speaking; and representing the president and specific projects, as assigned.

Prior to joining ODU's staff, Tucker taught at Booker T. Washington High School for six years, spent time as a full-time wife and mother, and also as a community volunteer. She worked with the Norfolk Committee for the Improvement of Education, Day Care and Child Development Center; Phyllis Wheatly YWCA; Freemason Street YWCA; and the Urban League of Hampton Roads, where she was an acting director in the early 1980s. Following her years at the Urban League, Tucker held positions as Women in Transition director for the YWCA in Hampton Roads, marketing director for Banks Corneille and Associates, an architectural firm; and interim director of the William A. Hunton YMCA. She has also served on boards of numerous community organizations, including the Virginia Stage Company, Young Audiences of Virginia, the Virginia Beach Community Services Board, the African-American Jewish Coalition, Empowerment 2010 and the Dwelling Place.

In addition to her extensive community involvement, Tucker has held three state appointments by governors John Dalton and Charles Robb. She was a member of the Bi-racial Monitoring Committee for both governors and served on the Virginia Enterprise Zone Task Force for Robb.