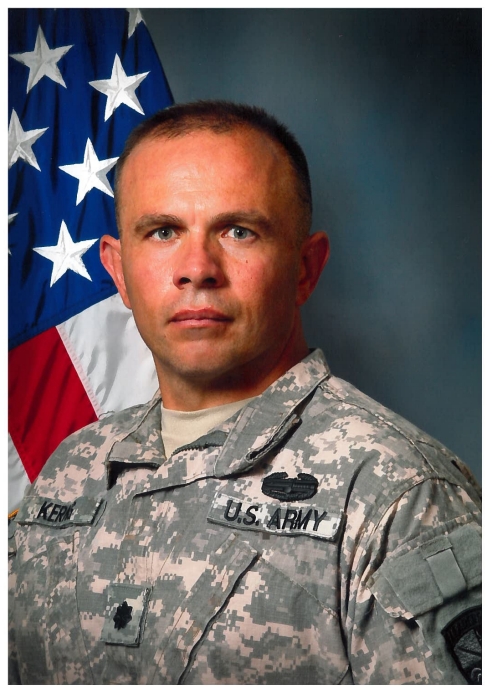 Kerns, who commanded the ODU Army ROTC since 2011, suffered a heart attack shortly after completing personal training with his cadets on August 27. Kerns is survived by his wife Lisa and son Ethan, 3.

"Brian was the epitome of an Army officer," said RADM (ret.) David Architzel, Old Dominion University Director of Military Affairs. "He cared deeply for all those who served under him and would do anything for them. Most importantly, he was a loving husband and father to Lisa and Ethan. Our thoughts and prayers are with his entire Army family tonight."

Kerns' military career began in August, 1992, when he was commissioned as a second lieutenant from The Citadel.

Funeral arrangements are pending. In addition, a memorial service will be held on campus, and details will be announced at a future date. In recognition of Kerns's service and sacrifice, all ODU flags on all campuses will be lowered to half-staff through Thursday, Sept. 9.