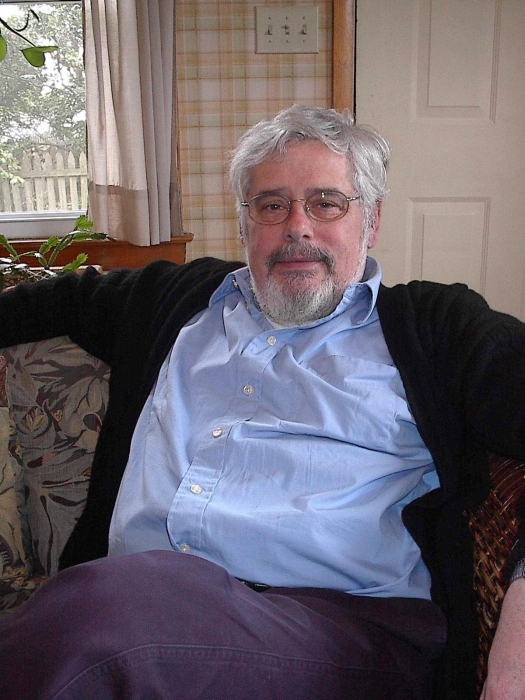 Douglas Greene was widely published as an expert on Tudor-Stuart England during his 42 years on the history faculty of Old Dominion University, but he built a second enviable reputation for himself by analyzing and promoting popular detective fiction.

Now, around the time of his 70th birthday, a team of his admirers is publishing "Mysteries Unlocked: Essays in Honor of Douglas G. Greene" (edited by Curtis Evans, published by McFarland & Company) to pay homage to an academic who has shown sustained scholarly interest in crime and mystery writing. The book is available on Amazon (http://tinyurl.com/pjy7lsd).

Devotees of detective fiction are a tight-knit family worldwide, and since the mid-1970s Greene has been feeding their passion by providing commentary and criticism to boost recognition, as well as the respectability, of the genre.

In 2001 he won the Ellery Queen Award given by the Mystery Writers of America to "outstanding people in the mystery publishing industry." Five years later, the organizers of Malice Domestic, the traditional mystery story fan convention, gave Greene their Poirot Award honoring "individuals ... who have made outstanding contributions to the Malice Domestic genre." And in 2007, Greene received the George N. Dove Award for "serious study of mystery and crime fiction" from the Popular Culture Association.

Greene is perhaps best known for his definitive biography of John Dickson Carr, an American (1906-77) who lived for much of his writing life in England and has been called one of the greatest writers of the complex, puzzle-centered Golden Age mysteries. Carr's "The Hollow Man" (1935) is often cited as his masterpiece.

Through tireless editing chores and the writing of introductions and magazine articles, Greene has helped to introduce new audiences to the work of writers with Golden Age or Victorian-era credentials, such as Carr, A.A. Milne (who wrote "The Red House Mystery" as well as books about Winnie-the-Pooh), Ngaio Marsh, Mary Roberts Rinehart and Sax Rohmer.

Greene was one of the founders and continues to be an owner of Crippen & Landru, a publishing house that focuses on short story collections of classic and contemporary mystery authors. One of the essays in "Mysteries Unlocked" is entitled "Douglas G. Greene: Savior of the Short Form Mystery" by Marvin Lachman.

"Mysteries Unlocked" offers 25 essays, including "The Reader Is Warned: Discovering John Dickson Carr and the Words of Douglas G. Greene" by Michael Dirda, the Washington Post book critic and winner of the Pulitzer Prize; "The Secret Life of Eric the Skull: Dorothy L. Sayers and the Detection Club" by Peter Lovesey, a premier British crime fiction author who received the Cartier Diamond Dagger for Lifetime Achievement from the Crime Writers Association; "The Incandescent Claptrap of Hamilton Cleek" by William Ruehlmann, book page columnist for The Virginian-Pilot as well as a detective fiction writer; and " 'The Amateur Detective Just Won't Do': Raymond Chandler and British Detective Fiction" by Curtis Evans, the detective fiction critic who is the collection's editor.

A warm prologue to the essays is provided by Steven Steinbock, a Judaism scholar who was education director at a Norfolk synagogue when he was introduced to Greene in the 1980s, and who since has become a close friend and colleague in studying detective fiction. Steinbock, who currently lives in Maine, is a regular reviewer for Ellery Queen Mystery Magazine.

Greene, whose Ph.D. in British history is from the University of Chicago, joined ODU as an instructor in 1971 and achieved the rank of professor in 1985. Between 1983 and 1999, he was director of the university's Institute of Humanities. He became chair of the history department in 2010 and emeritus professor in 2012.

During years at ODU, Greene wrote or edited 23 books in his field of Tudor-Stuart England as well as on such disparate subjects as the Wizard of Oz books and detective fiction. His books have been translated into Japanese and Italian.