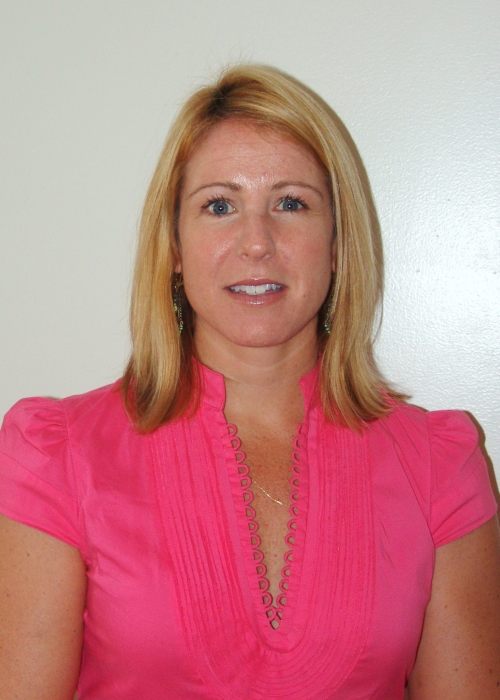 That multigenerational fascination with the water extended through her grandfather (who worked his way up from the Newport News Shipbuilding Apprentice School to vice-president of operations) and her father (a retired naval architect and marine engineer who also built sailboats as a hobby).

"I grew up in Newport News, and on the water," said Michaeli, assistant professor of engineering technology and director of Old Dominion University's Naval Engineering and Marine Systems Institute (NEMSI).

So naturally, when it came time to consider an academic career, Michaeli chose the prestigious Webb Institute in New York, which provides full scholarships to 25 future maritime engineers every year.

Michaeli's career has taken her to M.I.T., to a job as a civilian for the United States Navy (designing special operations boats used by groups such as Navy Seals), to work in the shipbuilding industry in Portland, Oregon, and Hampton Roads. She also earned a Ph.D. in mechanical engineering from ODU in 2010, while working for the Navy.

When an opportunity arose to come back to ODU in 2012, Michaeli was eager to use her experience and passion for naval architecture and marine engineering in the creation of NEMSI.

"Even when I was working with the government, I saw there were opportunities to leverage our location and capacity here at Old Dominion," Michaeli said. "Between the Navy, the large industrial base of shipbuilding and ship repair, as well as the engineering services sector that support these two, there is tremendous need here for research, and developing faculty who can teach these skills."

NEMSI acts not only as a focal point to connect the Navy and industry partners with high-quality research carried out by faculty, but also serves as a pipeline for engineering students, exposing them to different facets of marine engineering. This includes the Marine Dynamics Laboratory in the brand-new, state-of-the-art Engineering Systems Building.

ODU has begun to offer minors in ship design and marine engineering, exposing undergraduate students to principles of the discipline. Freshmen entering Engineering Fundamentals Division do an underwater robotics unit to get a taste of what the industry has to offer. As well, ODU engineering teamed up with the College of Continuing Education and Professional Development to offer maritime-themed summer camps. Michaeli said the important aspect of these early-immersion programs is to give students the idea that a career in the maritime industry is not only possible, but in this area also fills a need.

"What is going to benefit our industry? That's generating those engineers and technologists who will take their passion for mechanical or electrical engineering, modeling and simulation, and engineering technology and get them excited about the specific challenges that exist onboard ships and ship systems. We want ODU to become a pipeline for engineers going into rewarding careers in the marine industry," she said.

Michaeli teaches ship design courses, and is one of several faculty members who have been hired in the past few years to expand the Batten College's marine engineering expertise. As well, ODU has developed a student chapter of the American Society of Naval Engineers, which gets support from the professional chapter here in Hampton Roads.

The physical space of the Marine Dynamics Laboratory is also important for NEMSI to accomplish its research and academic goals.

The unique exploration space combines simulated testing capabilities, mirroring those of the harsh marine environment, with physical, hands-on lab testing. The ship stability stimulator allows students and researchers to study the righting, rolling and stability effects of flooding on various compartments of a vessel within a controlled environment. The multi-DOF (degrees of freedom) simulator measures the dynamic responses of ship structure and shipboard equipment and personnel in harsh maritime environments.

Another thing that excites Michaeli is the potential for cross-disciplinary collaborations in the maritime industry, such as with the Strome College of Business's Maritime Institute, led by Wayne Talley, Frederick W. Beazley Professor of Economics and a globally recognized scholar of maritime issues.

Ideally, she'd like to see NEMSI act as a pivot for maritime expertise in the region and beyond, including collaborating with other universities where it makes sense. Collectively, the entire industry, and the local economy, benefits.

"My hope is for NEMSI to be the partner with the marine industry and say, 'Here are the gaps that we are facing in design, in production, in operations and lifecycle management and here is how we can work together to overcome them.'"

For information about NEMSI, contact Dr. Jennifer Michaeli at 757-683-3770 or jgmichae@odu.edu.