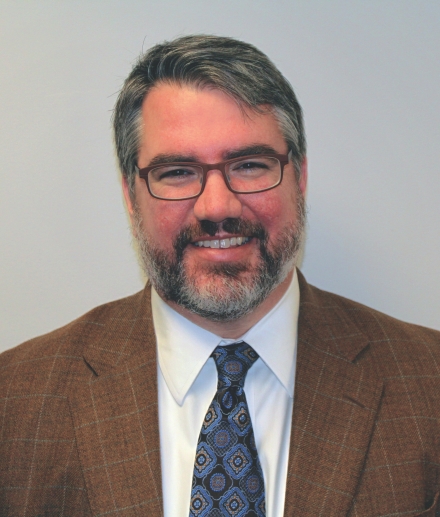 Old Dominion University Senior Associate Athletic Director Mark Benson has been named the Director of Athletics at the University at Albany (NY), as announced today at a press conference at the Albany campus.

Benson has spent the past 13 years with the Old Dominion Athletic Foundation and the last four as a Senior Associate Athletic Director. Under Benson's leadership, the ODAF eclipsed 3,000 members for the first time in school history and generated over $7.8 million in athletic support in 2013. Additionally, since 2009, Benson and his staff increased annual fund revenue from $2.3 to $4.1 million in 2013.

"We are extremely grateful to Mark for his leadership and loyalty to the University," says Old Dominion University President John Broderick. "Mark has been a key player in the athletic program's incredible growth the past 13 years, including the build-up and completion of the Ted Constant Convocation Center, the implementation of the ODAF priority point program, and the start-up of football on campus. I know I speak for both Athletic Director Dr. Wood Selig and Vice President Alonzo Brandon when I express our gratitude for Mark's contributions to the University and the tremendous growth of our athletic program over the past decade. We wish him and his family the very best at UAlbany."

UAlbany, is an NCAA Division I member offering 19 intercollegiate sports for men and women. The Great Dane football program competes on the FCS level as a member of the Colonial Athletic Association, while the other 18 sports compete as members of the America East Conference.

Benson played a significant role in securing naming rights for several of ODU's athletic venues, including the S.B. Ballard Football Stadium, the L.R. Hill Sports Complex, the Ainslie Game Day building, and the Bernett and Blanche Mitchum Basketball Practice Facility, which is expected to break ground in 2015.

"Mark has been a valuable senior level athletic administrator at ODU throughout his tenure. He has helped lead ODU athletics to unprecedented fundraising success in all areas - capital, annual, and endowment. Without Mark's outstanding contributions to our department, we would not have been able to make the transition from FCS to FBS football or become a recent addition to CUSA," says Selig.

"We are thrilled he will realize his professional goal of becoming a DI athletic director at a high profile DI academic institution. Albany is getting a rising star in the college athletic industry in Mark Benson," adds Selig

Benson joined the University in 1994-95 as the Director of Athletic Marketing, a position he held for five years before serving as the Education Account Manager for the Coca-Cola Company for Southeastern Virginia. A 1990 graduate of N.C. State, Benson and his wife Hunter are the parents of three daughters, Vandy Grace, Lydon and Hannum.