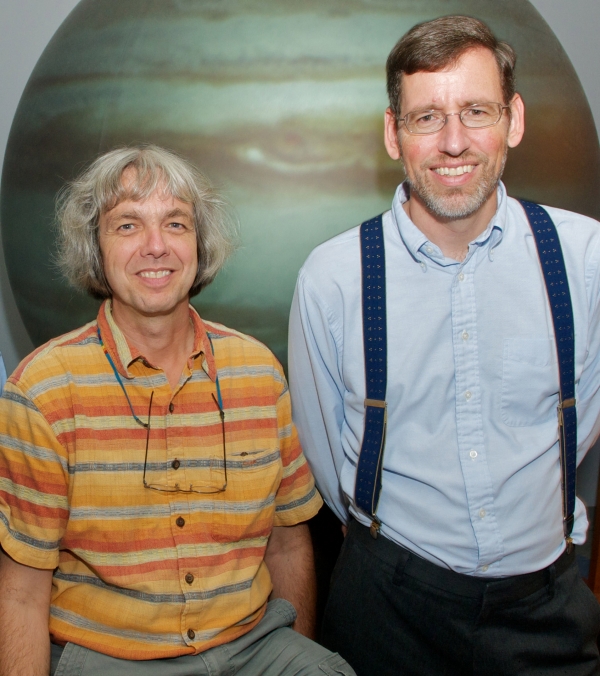 Time is money, as the saying goes, or, by extension, time is opportunity. That's how six experimental nuclear physicists at Old Dominion University are interpreting it.

When a group of international experts - called a Program Advisory Committee (PAC) - met late last month to allocate precious "beam time" at the Thomas Jefferson National Accelerator Center in Newport News, it was asked to consider 12 particle physics experiments proposed by teams of researchers from the United States and abroad.

Altogether, the research proposals were seeking 276.5 days of new beam time in experimental Halls A through D at Jefferson Lab's continuous electron beam facility. The accelerator smashes sub-atomic particles so that scientists can better understand the underlying structure of the building blocks of matter and the forces that create them.

The PAC, faced with limited beam-time availability, was able to fully approve only nine of the 12 proposals for a total of 132.5 days of new beam time. Nevertheless, all three of the proposals from ODU physicists were approved and given their requested beam time.

"The success rate of the ODU group was an astonishing 100 percent," said Lawrence Weinstein, Eminent Scholar and University Professor of physics, and the leader of one of the experiments that received beam time. "We at ODU had requested a total of 85 days and 85 days were approved. That's 64 percent of the total fully approved new beam time."

Weinstein noted that a fourth experiment that was approved and received 15 beam days was presented by Jixie Zhang, a University of Virginia researcher who received his Ph.D. in physics from ODU in 2010.

The experiment that Weinstein leads is expected to begin in about a year, and the other two experiments involving ODU experts will follow over the next five years.

This round of beam time allocations has heightened meaning because the experiments scheduled to begin next year at Jefferson Lab will be able to utilize a $310 million upgrade that has taken maximum beam energy up to 12 billion electron volts, doubling the old maximum. So now, when beams are accelerated around the one-mile oval of the facility, electrons will crash into targets with a fiercer intensity, shedding more light, so to speak, on the internal structure of particles that make up the nucleus.

The anticipated results of these newly approved experiments will help scientists to understand how quarks and gluons inside the nucleus interact in processes where an incoming photon - the quantum of light - interacts with a subatomic particle, as well as how protons and neutrons divvy up the available kinetic energy when bound in nuclei, and how quark distributions are modified inside nuclei.

"This is a great opportunity for us," Weinstein said. "The first experiment, which is mine, will run in about a year when Jefferson Lab installs a tritium (hydrogen-3) and helium-3 target system. This will be our only opportunity to study tritium at Jefferson Lab. By measuring the momentum of protons in both 3He and 3H, this experiment will test predictions that, if there are fewer protons than neutrons in a nucleus, the protons will move faster, and vice versa. This happens because fast-moving protons and neutrons prefer to be in pairs."

ODU's physicists and technicians, working mostly in the university's modern High Bay Physics Laboratory, spent most of the past decade designing and building a portion of the drift chambers and polarized target that will be used after the upgrade in Jefferson Lab's Hall B.

Weinstein said ODU's Hall B contributions, which were funded by a National Science Foundation grant, will be crucial to Kuhn's experiment, but that the other two ODU experiments will not use Hall B. "Nevertheless," he added, "our history of accomplishment in building equipment, proposing and executing experiments, and producing new knowledge is an important part of getting new experiments approved."

The ODU Nuclear and Particle Physics Group, which includes seven experimentalists and five theorists, is one of the largest and most prominent university groups doing research at Jefferson Lab. This summer the U.S. Department of Energy, which oversees Jefferson Lab, awarded the group $2.1 million in funding as part of the DOE's continuous support over the past 18 years of nuclear physics at ODU. The grant will span three years.

ODU and its Department of Physics also operates the Center for Accelerator Science (CAS) in collaboration with Jefferson Lab. The five-year-old CAS is training scientists and engineers who will be designing and using the particle accelerators of the future.