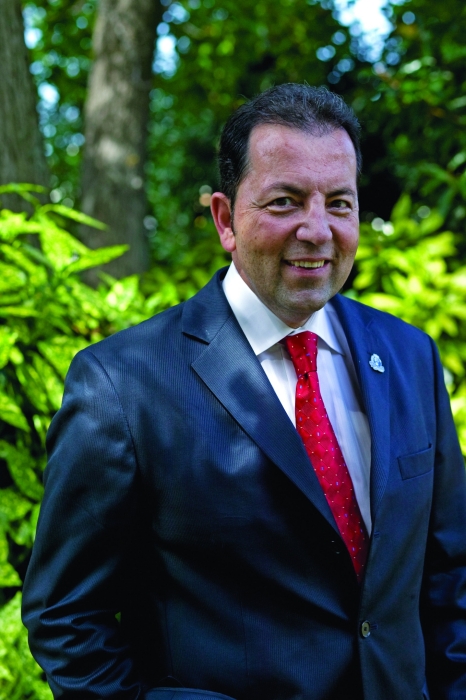 A partnership between Old Dominion University and The Apprentice School in Newport News will help apprentices at Newport News Shipbuilding pursue engineering degrees from ODU while doing their apprenticeships at the shipyard.

The agreement, signed in late April, will allow apprentices to earn a mechanical or electrical engineering degree from ODU while gaining related, on-the-job engineering experience in manufacturing, construction, maintenance and overhaul on some of the most complex ships in the world.

"This is not just a degree program," said Everett Jordan, The Apprentice School's director of education. "This program aligns academics with real-life, on-the-job utilization of skills in a 550-acre laboratory. Our relationship with Old Dominion University has helped to make it happen, and this program puts us on solid footing to continue attracting the best and the brightest to Newport News Shipbuilding."

Newport News Shipbuilding, Virginia's largest industrial employer and the only shipbuilder in the world to build aircraft carriers for the Navy and one of two to build submarines for the Navy, has relied on its apprentice program to help fill slots at its shipyard on the James River.

In recent years, those apprenticeships have become increasingly competitive as the economy soured and college tuition costs skyrocketed.

Instruction in this program, will be delivered by Apprentice School and ODU faculty members. Students selected every year to participate in the program will complete their apprenticeship and engineering degree in five to eight years. Graduates will leave the program as engineers at the shipyard and be paid salaries of up to $60,000.

Oktay Baysal, dean of ODU's Frank Batten College of Engineering and Technology, said this partnership is in line with the goals the university has as an engineering school.

"ODU Engineering has long held the philosophy of extending its impact, both by partnering with industry leaders and taking education to those who desire it, a practice that balances access and success," Baysal said.

"Through these commitments, ODU Engineering has widened its presence throughout the Peninsula of Hampton Roads and beyond. More than 1,000 Newport News Shipbuilding personnel call ODU their alma mater, a true testament to the decades-lasting, secure relationship between ODU and NNS."

Officials say they expect about 12 to 16 apprentices to enroll in a degree program at ODU, which the company will ultimately pay for.

Initially, students will have to travel to Norfolk to attend their classes at ODU. As the program grows, company officials hope to offer the classes in the same modern building the rest of its classes are taught in.