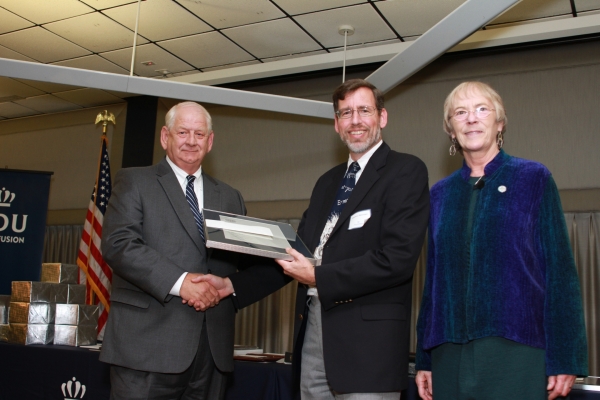 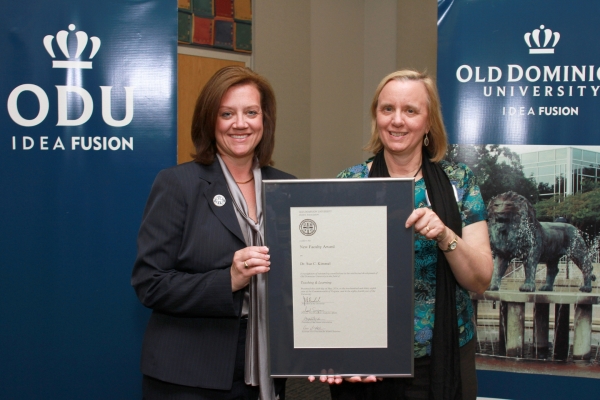 Weinstein, a nuclear physicist and University Professor of physics who conducts experiments at the Thomas Jefferson National Accelerator Facility in Newport News, received a Ph.D. from MIT before joining the physics faculty in the College of Sciences in 1992.

In 2005 he was elected a Fellow of the American Physical Society for "his original contributions to the study of nucleon-nucleon correlations in nuclei." He received the SCHEV Outstanding Faculty Award in 2009. Weinstein has been honored by ODU for his teaching, and is known for his ability to make complex subjects interesting. Together with ODU mathematician John Adam, he wrote "Guesstimation: Solving the World's Problems on the Back of a Cocktail Napkin" in 2008 and was sole author of "Guesstimation 2.0" in 2013.

He introduced the Scale-Up technique for introductory physics, which engages students in hands-on activities and simulations to improve students' problem solving and comprehension. A former student, now a physics Ph.D. candidate, described Weinstein as one who emphasizes "how to think about the problem, rather than just how to solve it." Weinstein's seminar course, Physics on the Back of an Envelope, has become a requirement in the physics B.S. curriculum.

Weinstein also directed the construction of two generations of large tracking detectors for the Jefferson Lab. He serves as the faculty adviser for the Society of Physics Students and authors a regular column in The Physics Teacher.

He has served for the past two years as associate chair of physics and has been recognized as a an Eminent Scholar.

As recipient of the annual award, Weinstein was recognized as the faculty member who best exemplifies the qualities and the professional excellence epitomized by the late Rufus Tonelson, who was one of ODU's first students as well as a former teacher and administrator. Weinstein receives a check for $2,000 and a non-reserved parking pass for the 2014-15 academic year.

Kimmel joined the Darden College of Education in 2010. Since then she has helped bring the school library program online, developed or redesigned six courses, mentored adjuncts and supervised six independent studies.

She is considered a leader in the application of emerging technologies toward the enhancement of teaching. She recently received an Institute of Museum and Library Services federal grant for $322,718, which will allow 12 classroom teachers to earn a master's degree and licensure to become school librarians in Virginia.

One student said that, thanks to Kimmel's guidance, "I am now confident enough to help other teachers and students learn new technology and allay their fears as well. Dr. Kimmel's positive influence is reverberating throughout my school."