Steve Yetiv Is Guest Speaker for Friends of the ODU Libraries Dinner; Reservations Due March 26 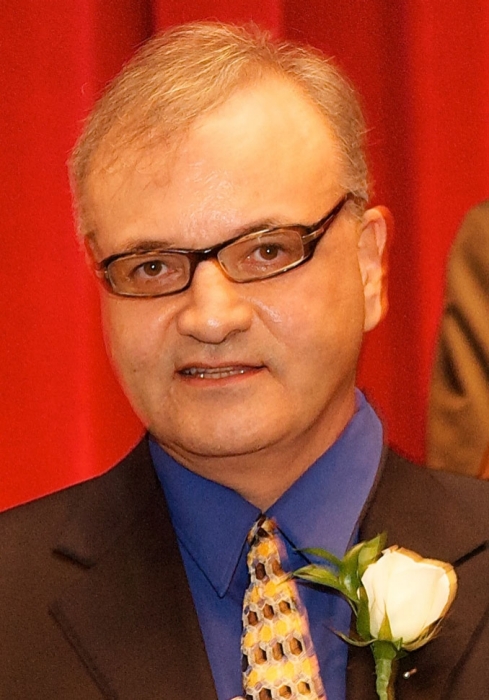 Steve A. Yetiv, Louis I. Jaffe Professor of Political Science and International Studies at ODU, will be the guest speaker at the 20th annual Friends of the Old Dominion University Libraries Author Dinner and Silent Auction on Wednesday, April 2. The buffet dinner will be held at the Norfolk Yacht and Country Club, beginning with a reception at 6 p.m.

The author of seven books, including 2013's "National Security through a Cockeyed Lens: How Cognitive Bias Impacts U.S. Foreign Policy," Yetiv has won many teaching, research and service awards. He received the U.S. Secretary of State's Open Forum Distinguished Public Service Award and a 2012 Outstanding Faculty Award, which is sponsored by the State Council of Higher Education for Virginia.

His books are required reading at dozens of universities, including Yale, Georgetown, Cornell and the University of St. Andrews, and he has won two Choice Outstanding Academic Book Awards.

A nationally renowned scholar in the areas of energy security and foreign policy, Yetiv also has published more than 250 op-eds in national publications such as The New York Times, The Washington Post and The Christian Science Monitor. He has been a consultant to the U.S. Departments of State and Defense, the U.S. General Accounting Office and CNN International, where he worked on a documentary that won an Edward R. Murrow Overseas Press Club Award. He has appeared on CNBC, NPR, CSPAN and CNN.

Yetiv's books will be available for purchase (and signing) at the dinner, courtesy of the University Village Bookstore.

Tim Seibles, ODU associate professor of English and a national award-winning poet, will receive the Outstanding Achievement Award during the dinner program. He is the author of several collections of poetry, including "Hurdy-Gurdy,'' "Hammerlock" and "Buffalo Head Solos.'' An associate professor of English and creative writing at ODU, he has been on the university faculty since 1995.

Seibles was among the 20 finalists for the 2012 National Book Awards for his collection of poetry, "Fast Animal." His seventh book of poems, "Fast Animal," traces his life from that of a 16-year-old in Philadelphia to the present day, as a "middle-aged man" living in Hampton Roads.

The cost of the dinner is $45 per person ($40 for Friends Life Members). Reservations are due by Wednesday, March 26. For more information or to make a reservation, contact Nicole Justice at 683-4147 or njustice@odu.edu.

In addition to the award and keynote address, the Friends of the ODU Libraries silent auction will include opportunities for guests to bid on entertainment opportunities, restaurant gift certificates and merchandise from area boutiques. The dinner and auction are major fundraising endeavors supporting the organization.

Friends of the ODU Libraries hosts a variety of events each year to help support the University Libraries, including a fall book sale and "meet the author" events.

For information about joining the Friends of the Old Dominion University Libraries, see: https://www.lib.odu.edu/FOL/membership.htm.