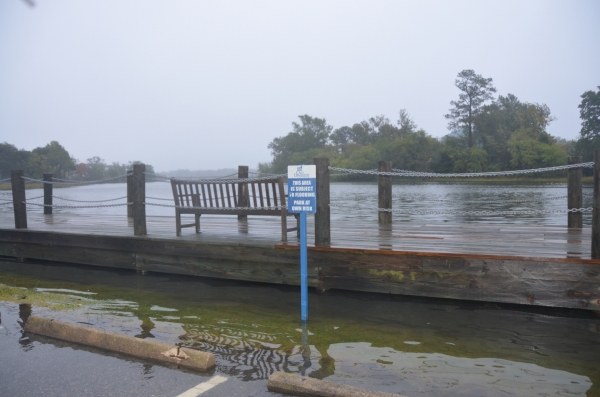 David Basco, Old Dominion University engineering professor and director of the school's Coastal Engineering Center, will give a lecture on the effect sea level rise has on education, research and service in coastal engineering Friday, Feb. 14.

The talk is part of a four-event seminar series being led this semester by the Department of Civil and Environmental Engineering of ODU's Frank Batten College of Engineering and Technology, in conjunction with the Civil and Environmental Engineering Visiting Council and the ODU Climate Change and Sea Level Rise Initiative (CCSLRI). Basco will discuss the topic of mitigation and adaptation strategies of civil and coastal engineers for future sea level rise.

The three-year-old CCSLRI was created to address complex issues of climate change and sea level rise in a multidisciplinary fashion, with an eye toward mitigation efforts in the face of rapidly rising sea levels, particularly in Hampton Roads.

Basco's lecture will be from 2-3 p.m. in the E.V. Williams Engineering and Computational Sciences Building auditorium. Time will be available following the lecture for questions from the audience.

Three more lectures, sponsored by the Department of Civil and Environmental Engineering, will be hosted in the ECSB auditorium later this semester.

On March 7, Charlie Chesnutt, coastal engineer with the U.S. Army Corps of Engineers Institute for Water Resources, will speak about the Corps of Engineers' role in sea level rise mitigation, in the aftermath of Superstorm Sandy. On April 4, John Headland, of Moffatt and Nichol Engineers of New York, will discuss adaptive management strategies for sea level rise for ports, beaches, coastal structures and marsh restoration projects. On April 25, Marcel Stive, coastal engineering professor from Delft Technical University in the Netherlands, will give a European Union perspective on adaptation and mitigating sea level rise impacts.

For information about the Feb. 14 lecture or any of the seminar series events, contact Gary Schafran, professor and chair of civil and environmental engineering, at gschafra@odu.edu.

ODU's Climate Change and Sea Level Rise Initiative facilitates research and education in all aspects of climate change and sea level rise. Due to Norfolk's location, there is special emphasis on adaptation to increased flooding because of sea level rise. The initiative also addresses many other aspects of climate change affecting coastal cities, such as public health and disaster preparedness.