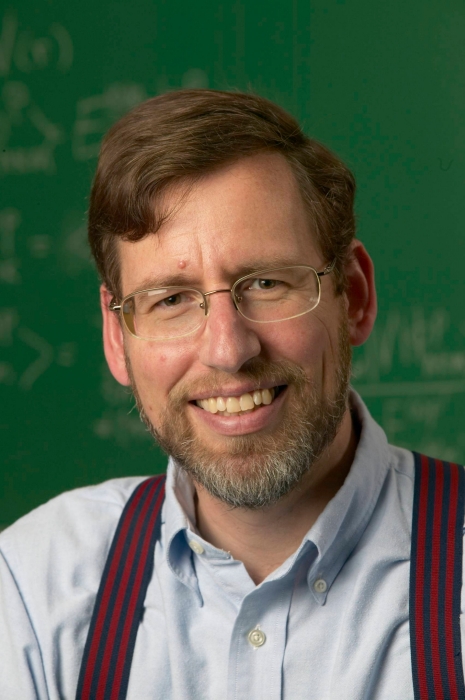 When Old Dominion University physicist Lawrence Weinstein isn't conducting an atom-smashing experiment at Jefferson Lab in Newport News, or trying an innovative teaching technique on the ODU campus, you just may find him practicing his hobby of "guesstimation" - which means he is a world-class talent at solving what is known as "Fermi problems."

So when the Huffington Post had a mind-boggling question about the world-class talent known as Beyoncé, its editors turned to Weinstein for the answer.

The question: "How much of the air you just breathed was once breathed out by Beyoncé?"

The fun comes from the way the Huffington Post's introduced the problem, and the rather detailed scientific explanations and calculations that Weinstein volunteered. He laid out a classic solution to a Fermi problem, finding an answer to a seemingly impossible question based on approximations and assumptions. (http://www.huffingtonpost.com/2014/12/12/beyonce-breath_n_6290956.html?1418394605&ncid=fcbklnkushpmg00000024)

"To answer that Beyoncé-related Fermi problem, The Huffington Post reached out to Professor Lawrence Weinstein of the Old Dominion University Department of Physics and co-author of "Guesstimation: Solving the World's Problems on the Back of a Cocktail Napkin," the online news service wrote. "Professor Weinstein was game to take on this pop culture Fermi problem quite thoroughly, this despite its ridiculous nature and Professor Weinstein certainly having more important things to do than humor us about Beyoncé."

The Huffington Post seems to have chosen Beyoncé's breath to investigate because of her Destiny's Child single called "Lose My Breath."

Weinstein is all business when he jumps to the task. He first arrives at the rough measurement of one exhale being about enough to fill a 1-liter bottle, and then using information he remembers from high school chemistry to translate that 1-liter exhale into the number of molecules it contains: 3X10 to the 22nd power (that would be 3 with 22 zeroes after it.)

There follows a complex guesstimation process to arrive at the number of molecules in our atmosphere: 4 billion-trillion. And then comes an explanation of why Weinstein believes it takes a full year to spread a particular breath evenly around the globe so that the air around each of us contains some of those molecules.

Which produces the answer of 6.

Weinstein seemed to have at least a little fun in the process.

"This shows the importance of physics in solving the fundamental problems afflicting out society today," he said after the Huffington Post article appeared. "Or perhaps merely how to use physics for abstruse entertainment. Or how to apply physical reasoning to answer unusual and interesting questions. Estimation problems are fun, whether they have earthshaking importance like this Beyoncé-related problem, or are mere social ephemera."

Charles Sukenik, chair of the ODU Department of Physics, added:

"Larry is our go-to person when it comes to questions at the interface of physics and society, so it is natural that the Huffington Post asked him to analyze this Beyoncé-related Fermi problem. I just hope that with his increased pop culture visibility, Larry is not now snagged away from ODU by TMZ."

Weinstein not only co-authored the first "Guesstimation" book (with ODU mathematics Professor John Adam), but also was the sole author of "Guesstimation 2.0: Solving Today's Problems on the Back of a Napkin" (2012). He is an Eminent Professor and University Professor of Physics at ODU.