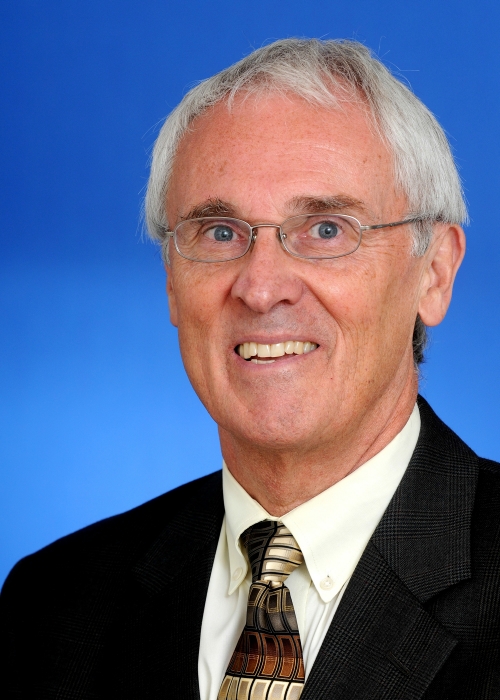 Ten years ago, neuroscientist and then Vice Provost Philip Langlais led the startup of a program at Old Dominion University to increase awareness among researchers of their social and ethical responsibilities. Today he is among the leaders of an international research ethics initiative that is gaining traction, particularly in the United States, China and Taiwan.

Langlais figures prominently in an article posted in October on the American Association for the Advancement of Science (AAAS) website ( http://www.aaas.org/news/chinese-and-us-researchers-see-need-earlier-training-research-ethics), and in a second article published by the AAAS journal Science in November, both of which report cooperation among Chinese and American scientists in ethics education (http://www.sciencemag.org/content/346/6213/1069.full.pdf).

The articles were based on a China-U.S. Scientific Morality/Integrity Development Seminar held this fall at the AAAS headquarters in Washington, D.C. Langlais was a participant in that seminar.

Both articles reference a 2006 survey Langlais conducted that revealed poor communication among a total of 750 university faculty members and their graduate students about responsible conduct in research and authorship. That study found that 70 percent of respondents never discussed misuse of research funds, 48 percent never spoke about "cooking" research data and 56 percent never deliberated the implications of failing to present contradictory data.

"The lack of a clear understanding and a mutual agreement are frequently associated with disputes regarding authorship and use of data," Langlais told the writer of the AAAS website article. Langlais added, "We've been targeting individuals, but not other layers of influence (such as) 'toxic research environments'" created by higher workloads and compliance burdens, shifting university priorities, increased competition for funding and changing societal expectations.

The article in the journal Science focused on the impressive pace of ethics education in China - "As Science Grows in China, Ethics Education Aims to Keep Up." Langlais can take some credit for this good news, as well. He has traveled to mainland China and Taiwan on several occasions in the last four years to speak and lead seminars on research ethics.

In 2012, for example, he went twice to those countries, having been invited by universities and institutes to help define the future of peer review and research ethics for scientific communities that are rapidly growing.

Langlais visited Dalian University of Technology in Dalian, China, for the International Conference on Peer Review, Research Integrity and the Governance of Science in the spring of 2012. Academics from all over the world who have special expertise in research integrity issues and safeguards attended the conference, which pursued the question: "Is it possible to have a truly global community of peers to guarantee scientific integrity and the governance of science?"

Later in 2012, Langlais twice visited Taiwan. During a three-week visit in June he was a guest lecturer at five major universities and three regional science ethics centers, providing training materials and skill sets on research ethics to over 400 scientists, educators, administrators and graduate students. In December of that year he consulted with the Taiwan National Science Council, presented a workshop on best practices and discussed the ways to establish a national program for research ethics and professional standards.

Today, Chinese students can take a three-credit-hour "Ethics, Professional Standards and Responsible Conduct" graduate course that Langlais developed. His lectures and materials from that course have been translated into Chinese.

The public in Hampton Roads, as well as staff, students and faculty at ODU, will have a chance to hear Langlais speak on this topic in a presentation of the ODU Confucius Center Tuesday, Feb. 24, beginning at noon in the Learning Commons. The title of this free lecture will be "U.S.-China Efforts to Promote Scientific Integrity."

Langlais, a neuroscientist and professor of psychology at ODU, began his work with Chinese colleagues after he was appointed in 2007 to a joint steering committee of the China Association for Science and Technology and the AAAS to coordinate initiatives involving ethics in science.

In his former role as ODU vice provost, he led the university's participation in a national pilot program to develop best practices for comprehensive ethics and responsible-conduct-in-research education in graduate programs. ODU got an initial grant in 2004 to fund its participation and in 2006 the university successfully applied for support in the second wave of the program. An ODU task force led by Langlais conducted research on campus to gauge student and faculty perceptions and skills regarding ethical decision-making and to frame a general plan for the ethics training.

These efforts culminated in the establishment of an ODU policy that requires all graduate students to receive training in responsible conduct in research.

He currently teaches an ODU graduate course, Ethics, Professional Standards and Responsible Conduct and conducts a workshop for ODU faculty entitled Mentoring Research Integrity in the "Lab": Strategies and Tools.